One challenge to travelling in Italy is that their local transit system doesn’t always state the type of transport medium it will be providing nor does it always stay on schedule.  When booking our train tickets from Naples to the Amalfi Coast, Karan and I were under the impression that we would be changing trains in Salerno.  We were wrong.  What we had to do was take the train to Salerno and then a bus to Amalfi.  Nowhere on the ticket or the itinerary did it say that.

We were stuck at Salerno Station for about an hour waiting for the bus after we realized we needed to walk outside to the bus stop.  I was a bit aggravated by the time we got on the bus, but on the upside, it is an amazingly beautiful bus ride. 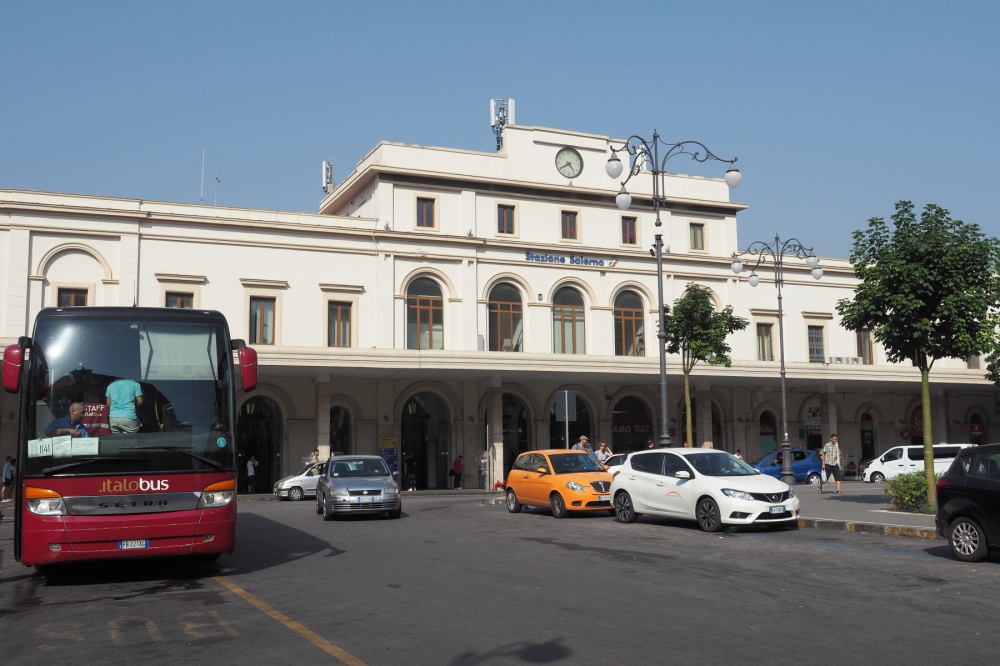 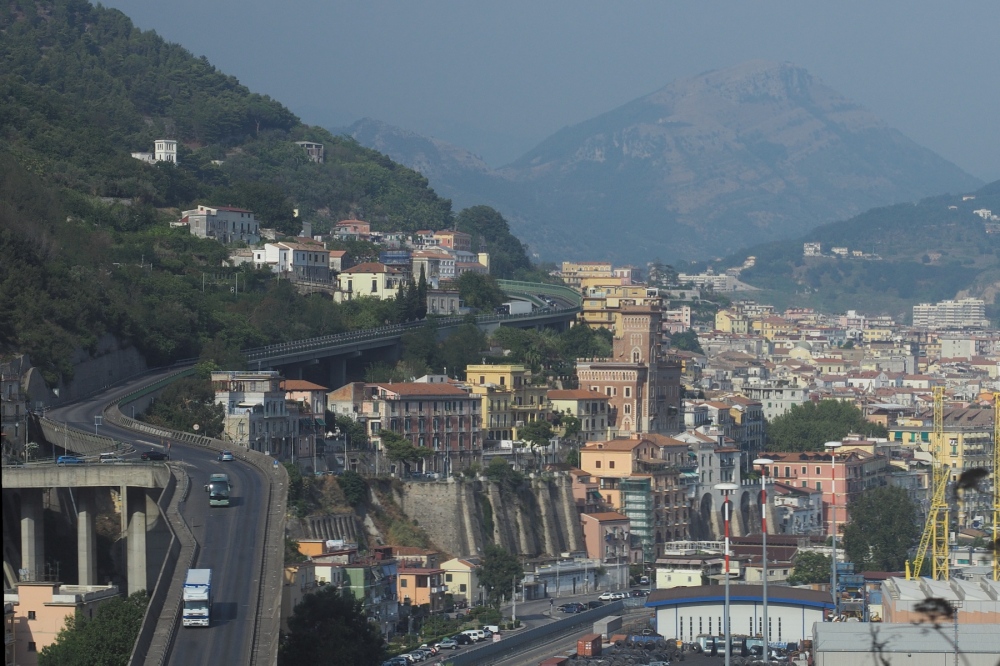 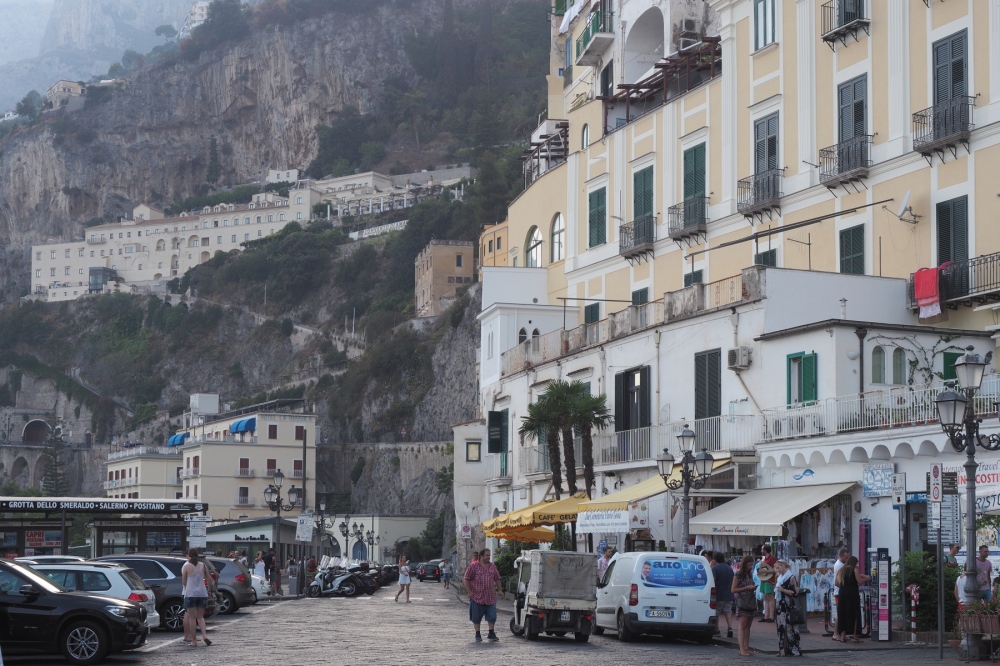 We got to Amalfi in the late afternoon.  We sat down outside a coffee shop to look for a room for the night.  It was dark by the time we found a room and checked in.  At least it wasn’t so hot at night.  As I didn’t want to waste any time in the room, we quickly went out to explore the area.  I managed to get some nice night shots of the town.

While out, we stopped at a local eatery called Bistro F.lli Pansa for some food and drinks.  I wasn’t too hungry since I’d been snacking all day.  But I did order a tiramisu.  It was ok.  The drink I had wasn’t bad either.  After dinner, we went back to the room where I went to bed quite early just because of how exhausting of a day it was. 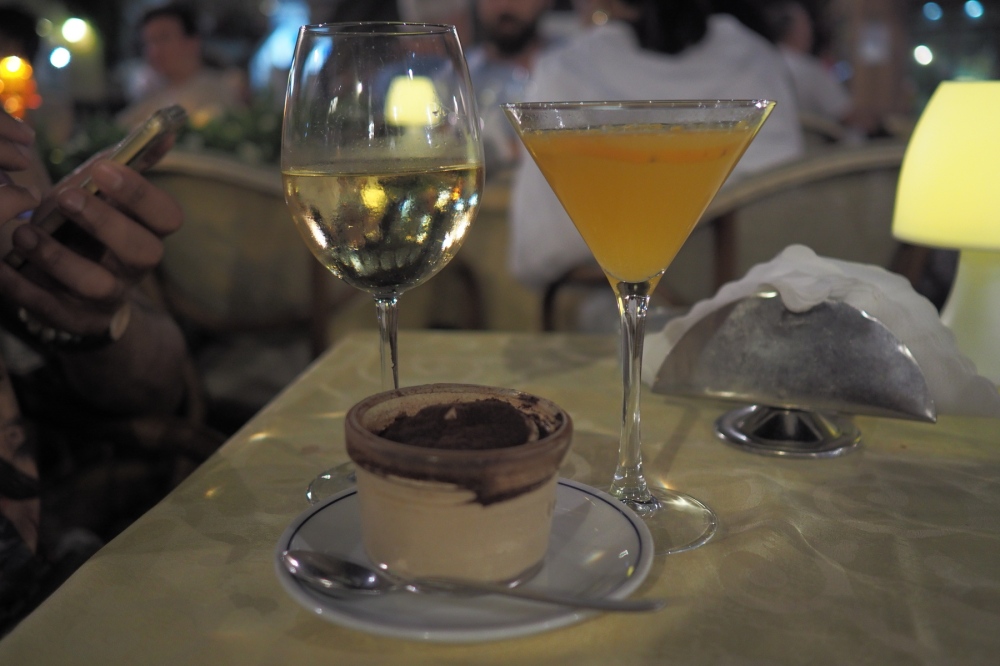 I woke up relatively early the following morning to get some pictures of the beach.  Amalfi is a beautiful picturesque town that looks like something out of a book.  After a small breakfast at another local eatery, Karan went with me to a laundry facility inland of the shoreline.  I packed very light for this trip.  Everything I brought fit in my camera bag, so it was time for me to find a place to do some laundry.  The lady at the laundromat had a big personality, piercing eyes, and a huge smile on her face.  Karan used his phone to get a selfie with her but I didn’t get one with my camera. 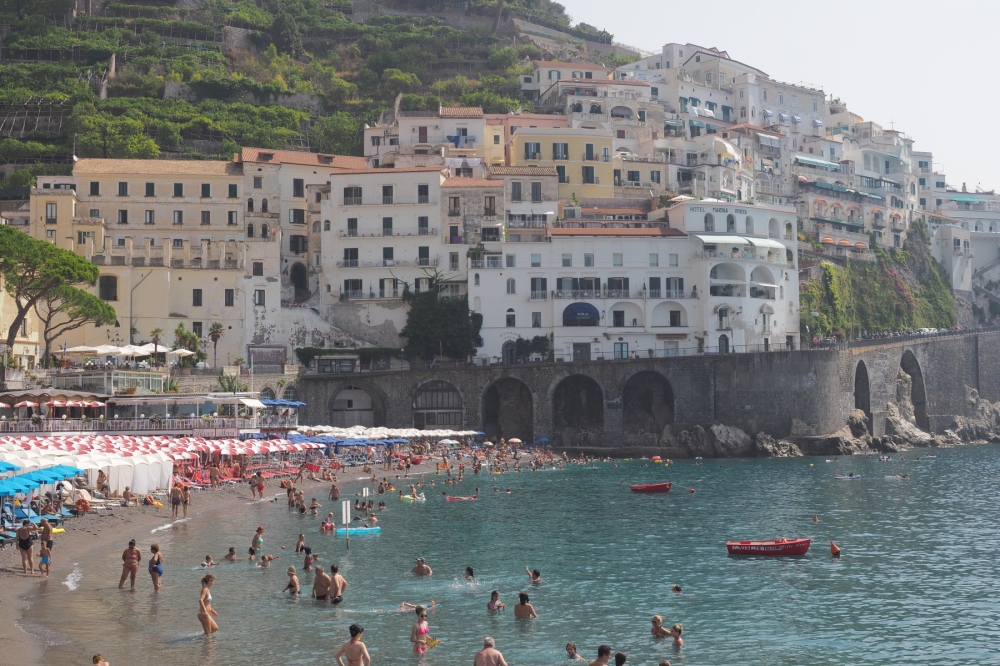 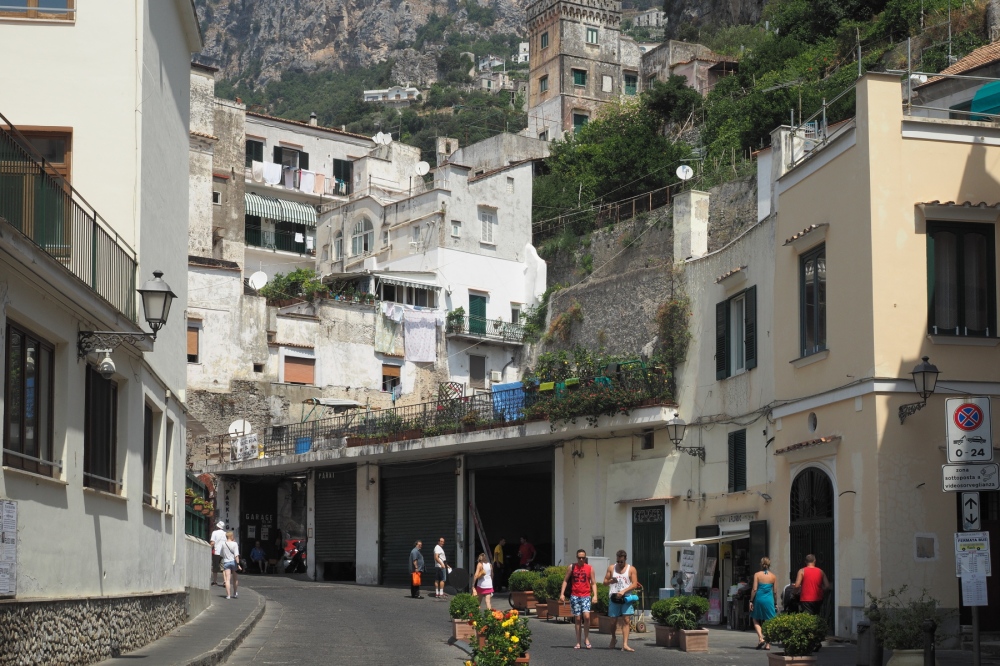 While my laundry was being done, we went on hike up the mountain.  I don’t know if the hike has a name but it leads up to a small village up high in the mountain.  The hike provides gorgeous picturesque views of Amalfi.  I stopped at several points along the way to take pictures. 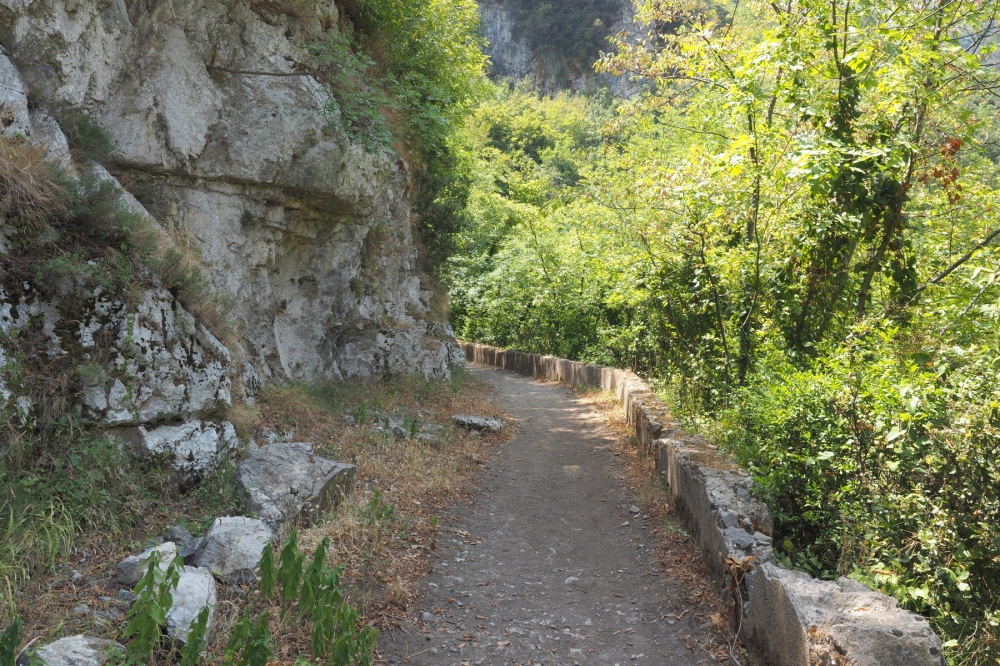 We walked to the beach in the late afternoon after leaving the restaurant.  The water felt fantastic.  It was very refreshing after a long hike.  We stayed at the beach for a bit because I wanted to try getting a sunset shot.  This was a bit of a disappointment for me.  Throughout my time in Italy, there was hardly a cloud in the sky.  At no point was there any kind of a colorful sunset.  Too bad.

The rest of the night was relatively uneventful.  We got a room in the same hotel as the night before because the room we booked was farther away than we anticipated and the last bus to that location had departed. 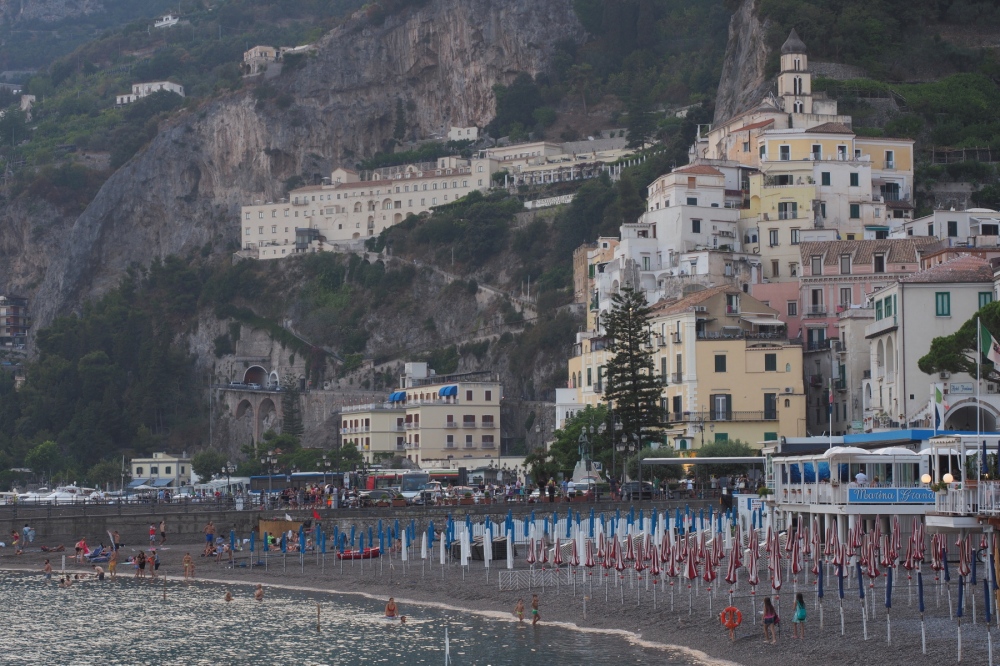 We got on the bus in the morning back to Salerno Station and then took the train back to Naples.  The temperature in the air had finally cooled down enough to be pleasant.  The ride to Salerno from Amalfi is beyond beautiful. 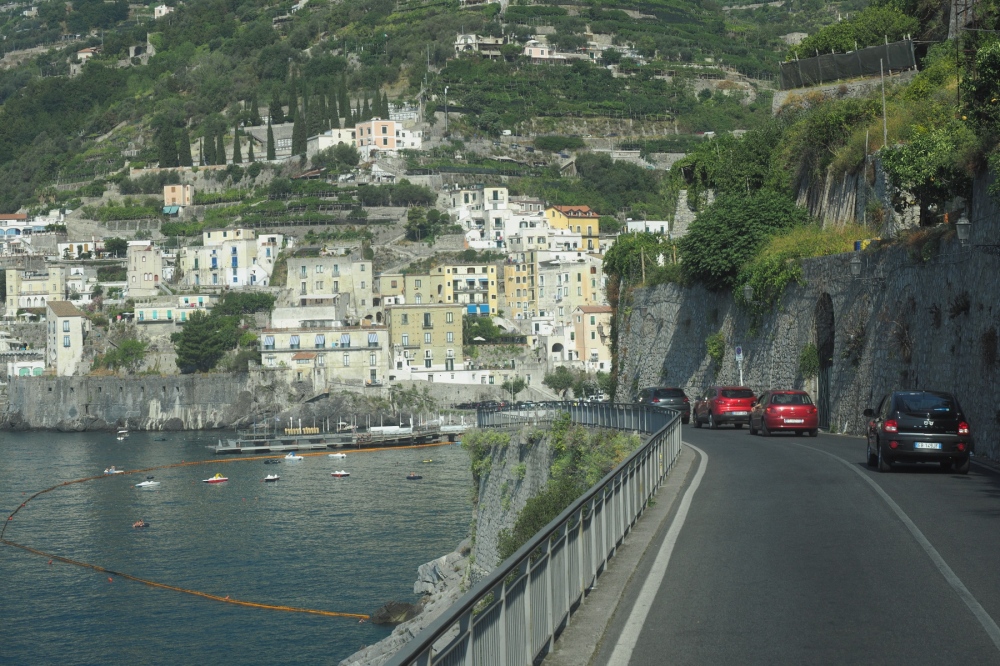 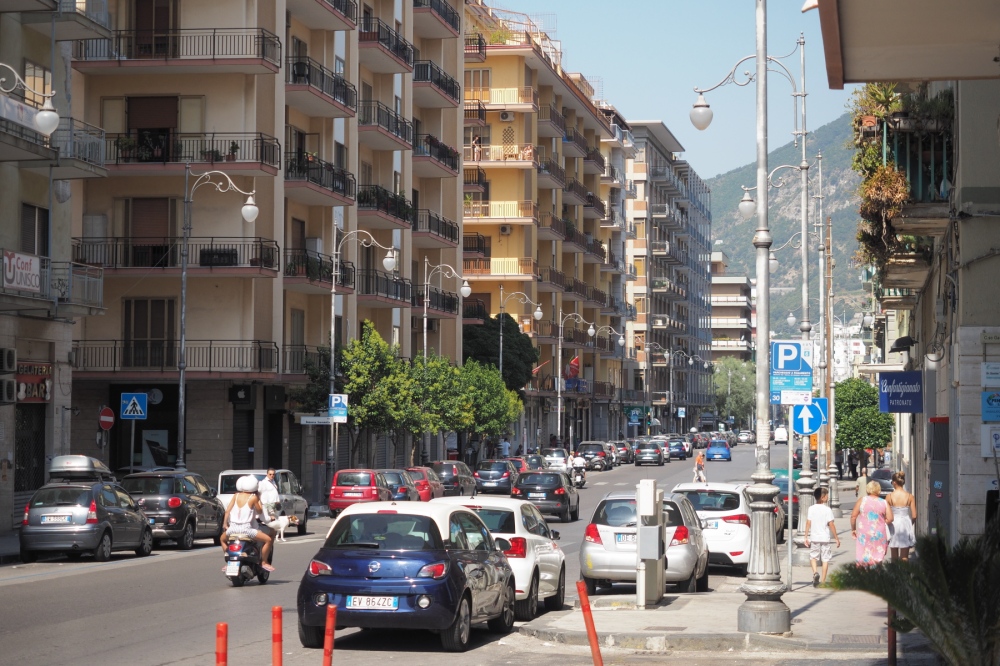 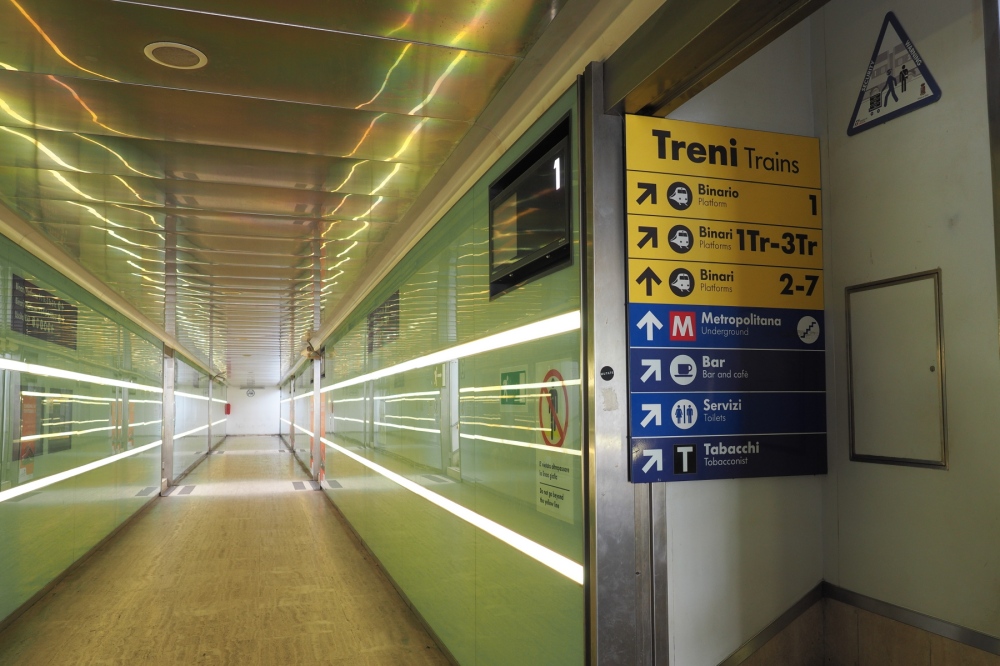 Once back in Naples, we got on a bus to Naples Airport for our next destination.  Berlin.  Due to flight availabilty or lack therof, Karan departed Naples and arrived in Berlin before me.  I arrived at Berlin-Tegel after an overnight layover in Istanbul.