It has a become somewhat of a tradition the last few years that I travel during the holiday season.  It has become a tradition within that tradition that I go see the Trans-Siberian Orchestra in concert while on those holiday travels.  With the exception of Toronto in 2016, every time I’ve gone to see TSO live, it has been somewhere that I probably would have never otherwise gone to.  This year, I saw them at the Times Union Center in Albany, NY. 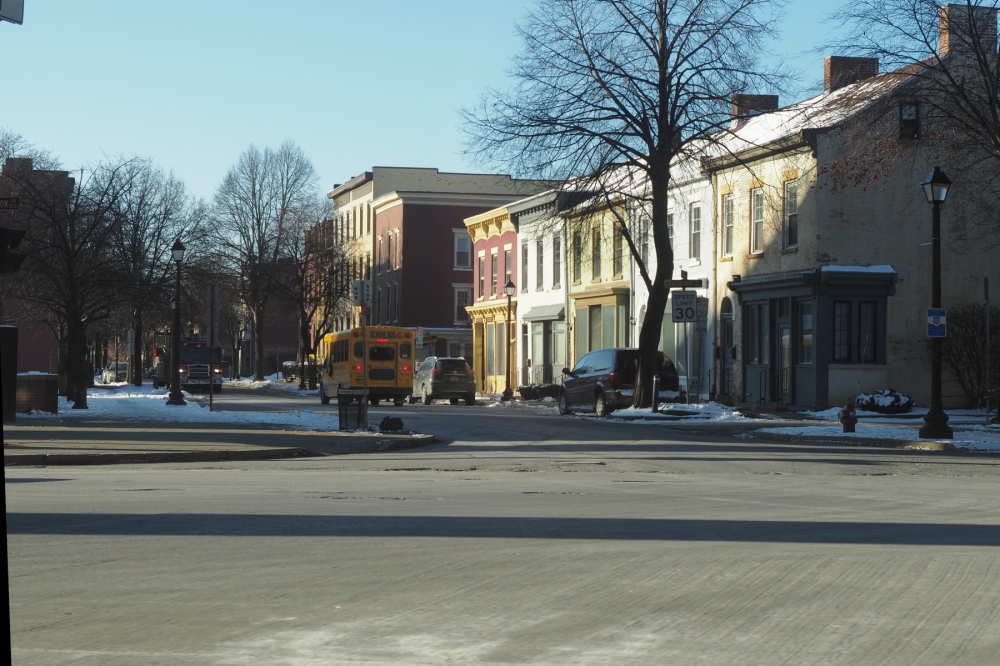 I was wondering if I was going to even be able to make the show this year due to circumstances beyond my control.  It started out last summer with me registering for the TSO verified fan club so that I could get access to presale tickets.  Being able to purchase presale tickets usually means getting better seats.  Waiting for tickets to go on sale to the general public usually means getting nose bleed seats.  Even though I managed to get presale tickets the last two years, I was put on the wait list this year.  Luckily, Lloyd also registered for the verified fan club, and he was able to get presale tickets.  Not only that, but he managed to get great seats.

On the way to Albany, I had a connecting flight in Newark, NJ where Lloyd and I met up.  It turns out we both were on the same flight from Newark to Albany.  We didn’t plan it that way.  That’s just the way our itineraries worked out.  However, once in Newark, multiple flights were cancelled for what appeared to be a variety of reasons.  Ours included.  It seems like delays and cancellations are more frequent on United than on any other airline.  That might not necessarily be factually correct, but it’s my perception…..and in real life, perception matters.   The United Customer Service Center only had two representatives working and it looked as though there was a thousand stranded passengers waiting in line.  I felt as bad for those two customer service representatives having to deal with all that as I did for the stranded passengers waiting in line.  Trying to rebook on the United app on my phone also didn’t work because there was no available flights that would get us to the show on time.  United Airlines itineraries should just say “we get there when we get there”. 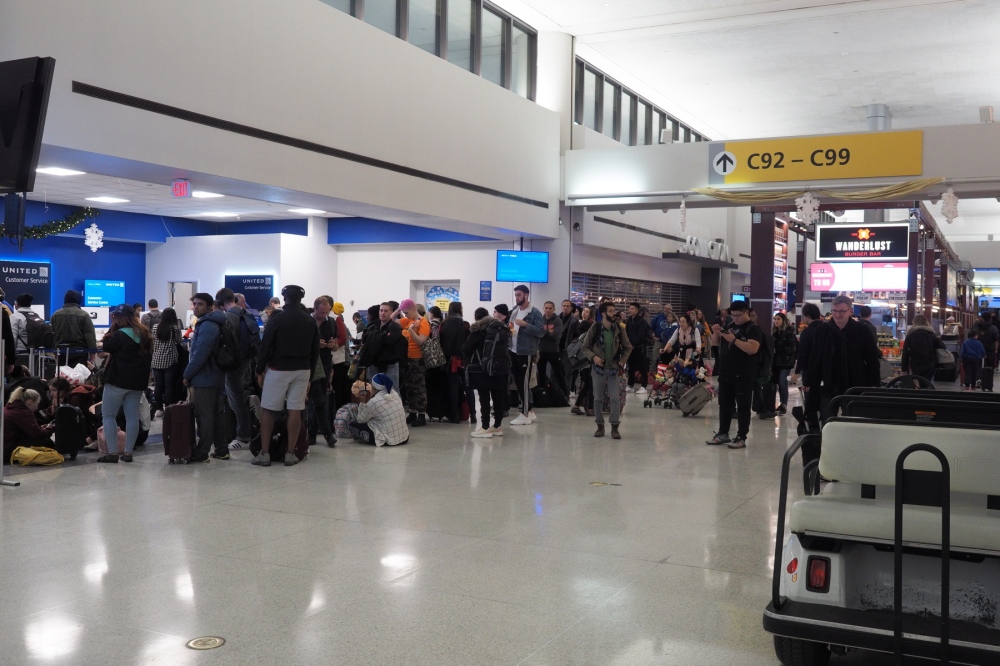 Lloyd suggested that we head to the Greyhound Station and just take the bus to Albany.  After much consideration, I agreed the bus was the only way to make the show on time.  We took a Lyft to the Greyhound station and got on an early morning bus.

We arrived at the Greyhound Station in Albany the morning of the show.  After taking a Lyft to the hotel room that Lloyd booked for us, we walked to Olive Garden for lunch.  It had to have been at least twelve years since the last time I had been to an Olive Garden.  On an interesting note, their mushroom ravioli, minestrone soup and all-you-can-eat bread sticks all together still came out to a cheaper price than a fast food combo on Maui.  It goes to show how high the cost of living in Hawaii is. 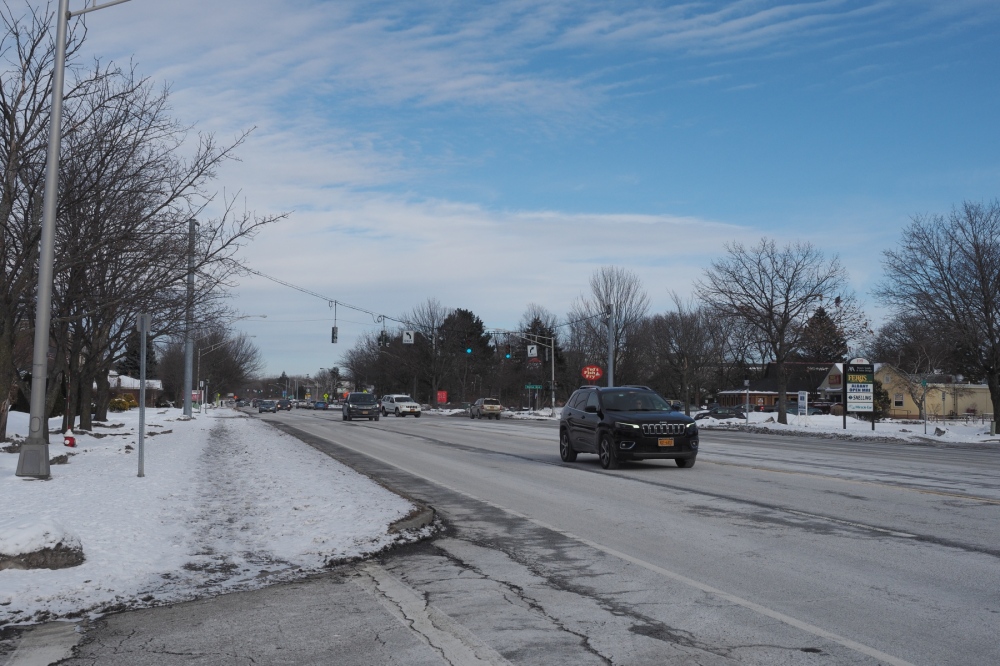 At night we took another Lyft to downtown Albany where the Times Union Center is.  I left my camera gear at the hotel because I didn’t want to get into an argument with any of the event staff over what is or isn’t appropriate to bring into the arena.  There was a lot of traffic in downtown, presumably because of the TSO concert.  Not wanting to risk missing any part of the show, we opted to exit the Lyft early and walked about a half a mile to the arena.  It was an incredibly cold night.  I think it was about 14 F.  It was so cold that I think it caused my phone to shut down twice.

Much like the previous years, the show didn’t disappoint.  The seats we got were the best yet.  Very close to the stage.  Even though TSO only tours during the holiday season, I find myself listening to their music all year long.

Since there was nothing else in Albany that I wanted to see or do after the show, we took a Lyft the following morning back to the Greyhound station where we got on another bus.  Destination Boston. 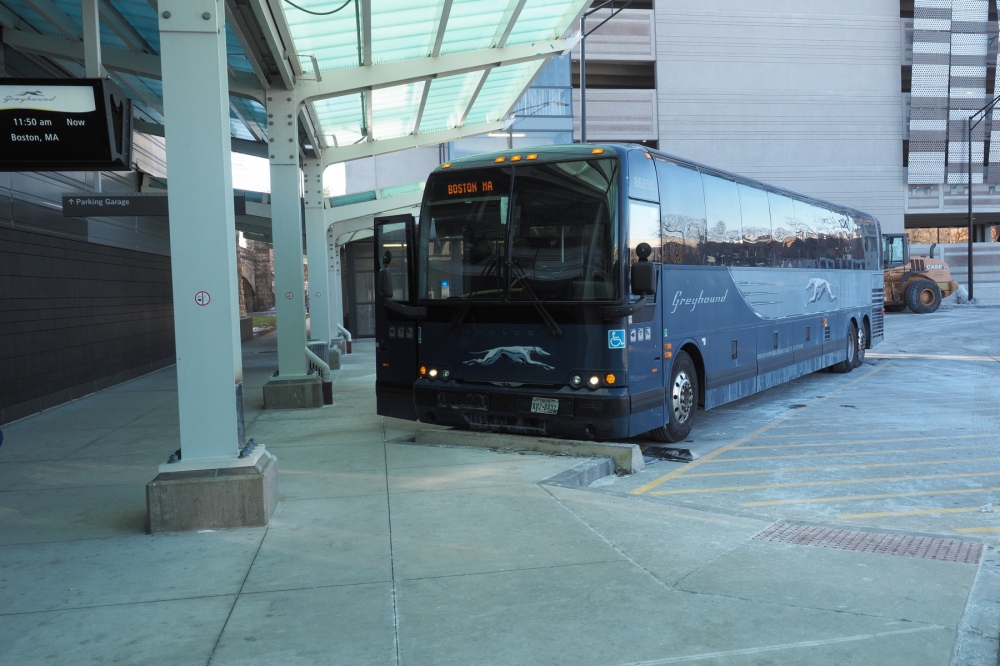