In Iceland, five days were spent in Reykjavik.  The first day was before driving around the country and the second, third, fourth, and fifth days were after Zach and I got back. 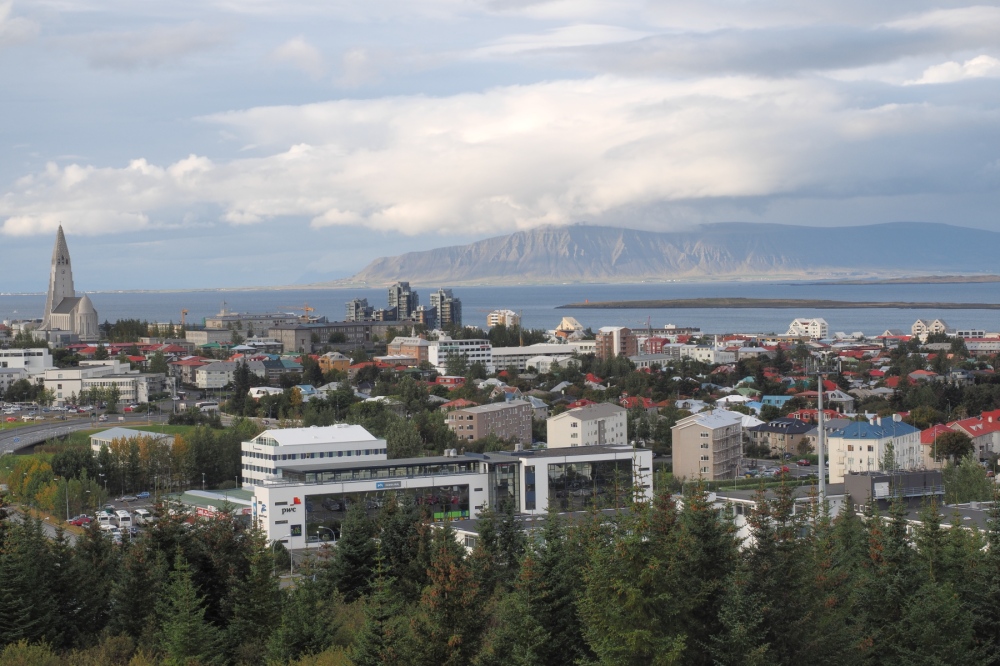 We drove to Reykjavik from the airport and did a quick exploration of the city center.  I would classify Reykjavik more as a large town than a small city because it doesn’t have a big city feel to it.  It’s very calm, quiet, and peaceful. 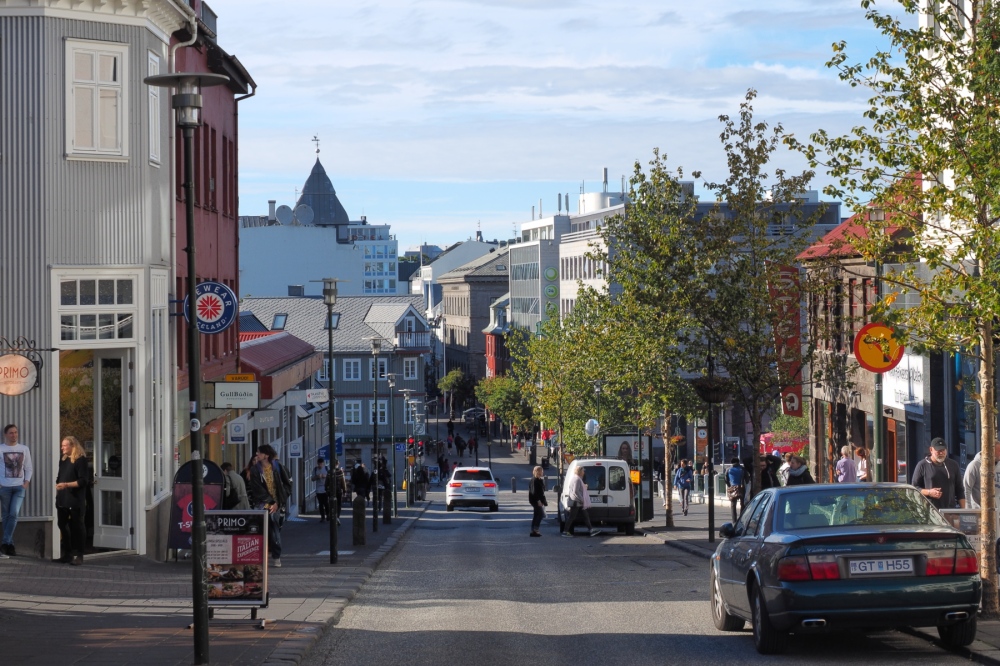 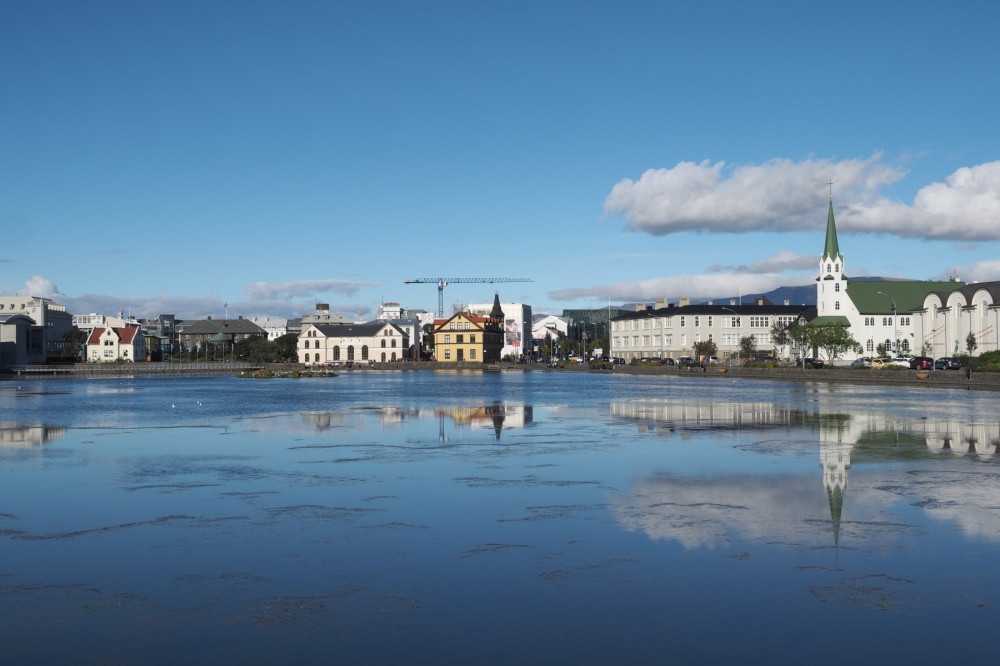 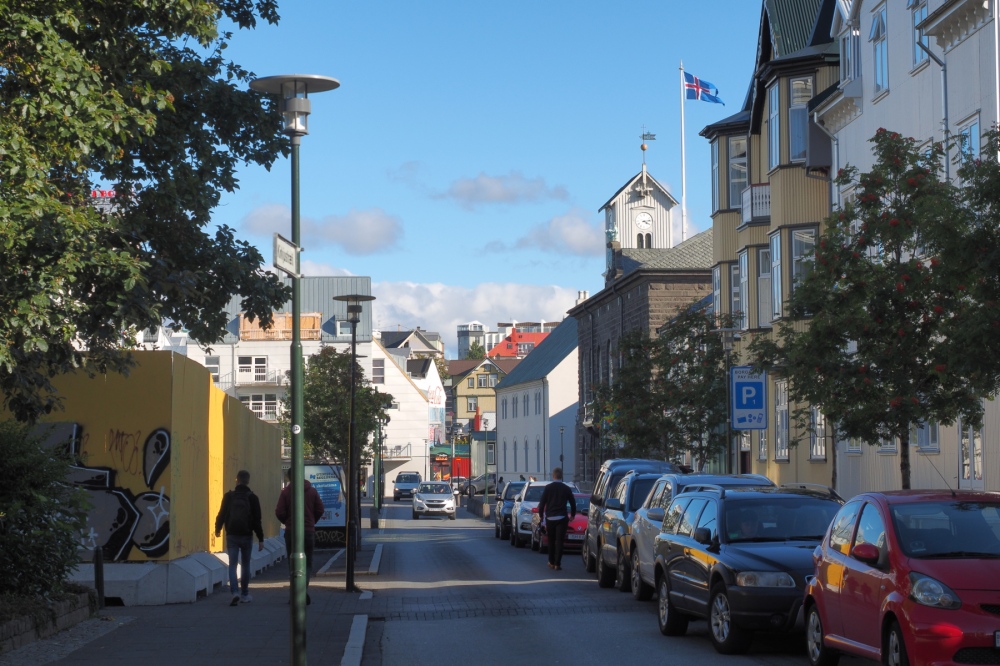 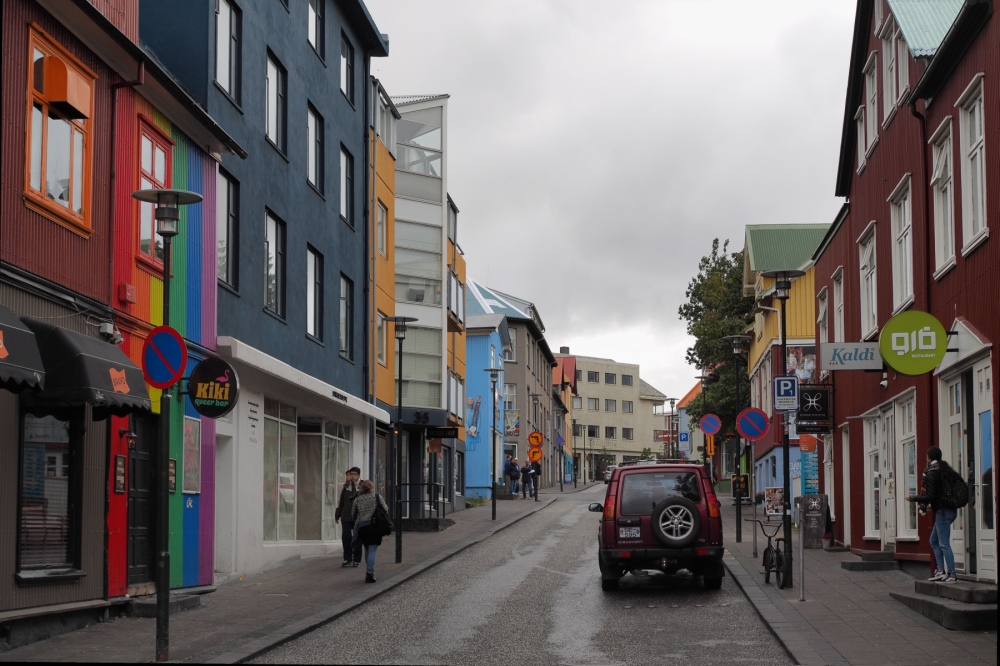 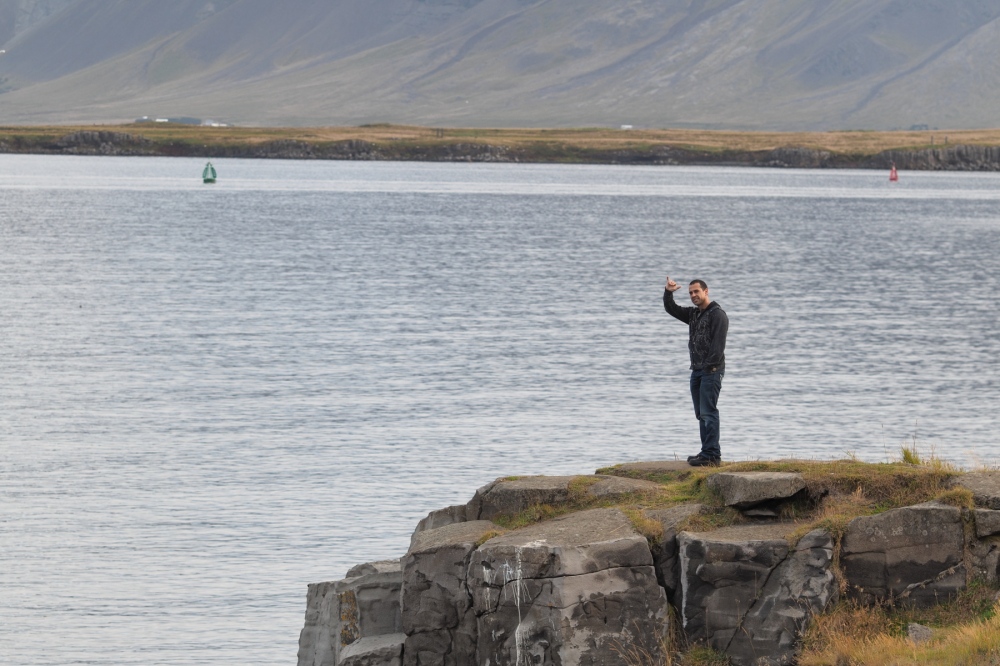 After walking around Reykjavik for a bit, we got back in the car and drove back in the direction of the airport and stopped at the Blue Lagoon.  The Blue Lagoon is a geothermal spa in the middle of a lava field just off the main road.  It is every bit as beautiful in person as it is in the media.  It’s a bit expensive though.  It will cost about 60 euros just to get into the water.  I suppose it’s worth it since it is such a unique experience. 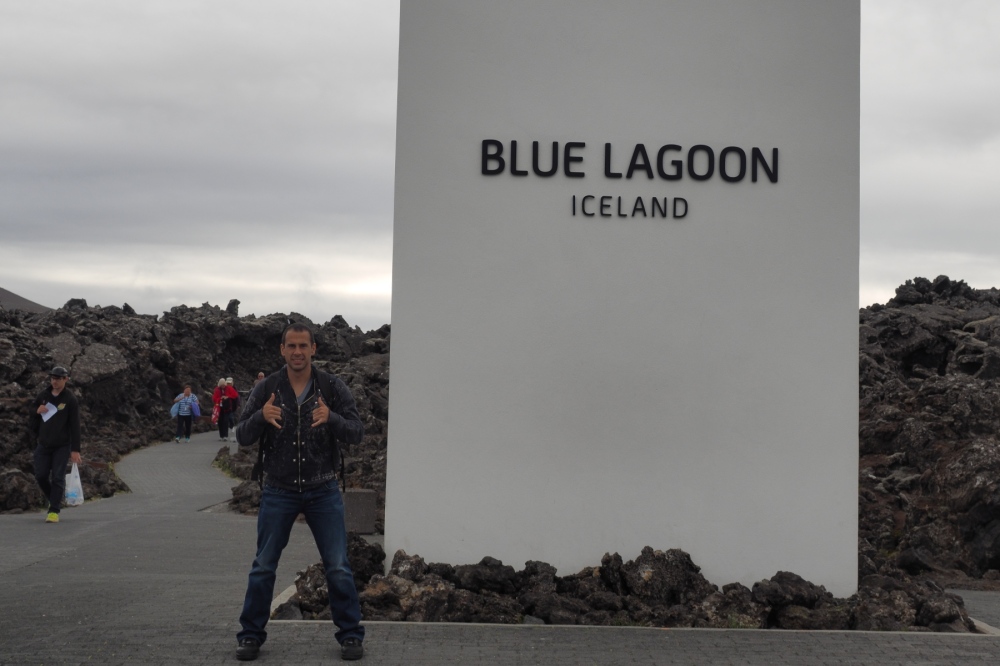 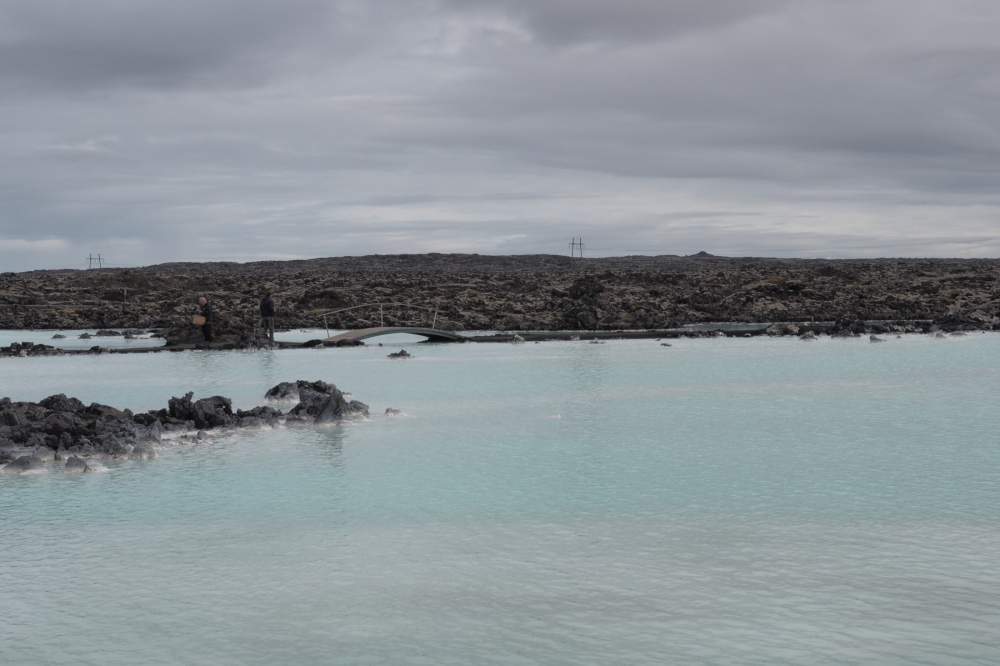 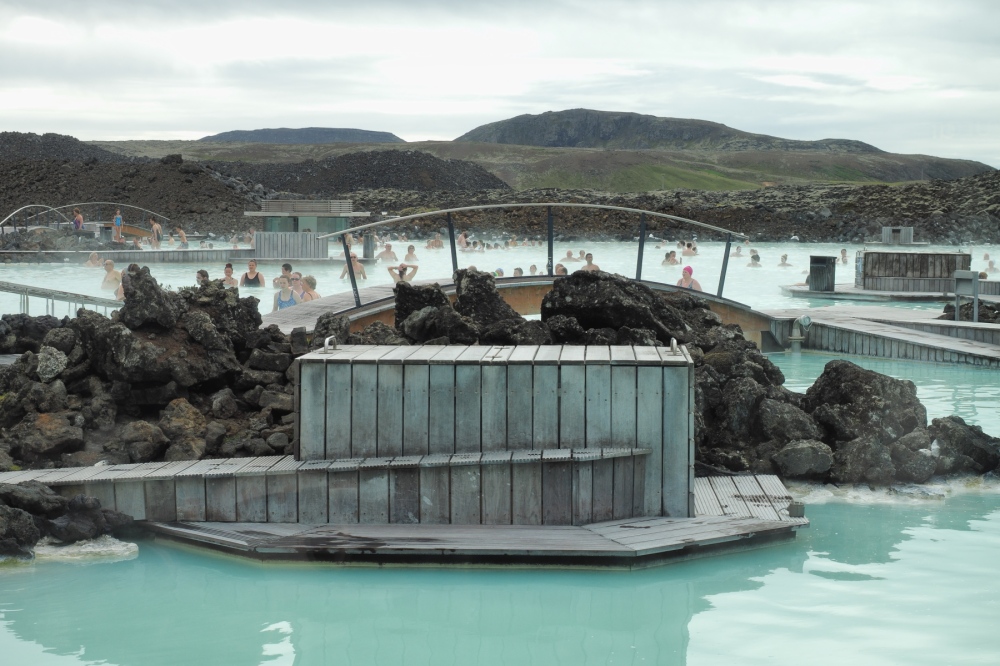 After leaving the Blue Lagoon, we drove northbound toward the town of Arkanes.  It was possible that we were going to stay in Arkanes the first night but we found it to be farther out of the city and the map suggested.  We ended up driving back to Reykjavik but not before we explored a bit and went to a lighthouse situated on the edge of town. 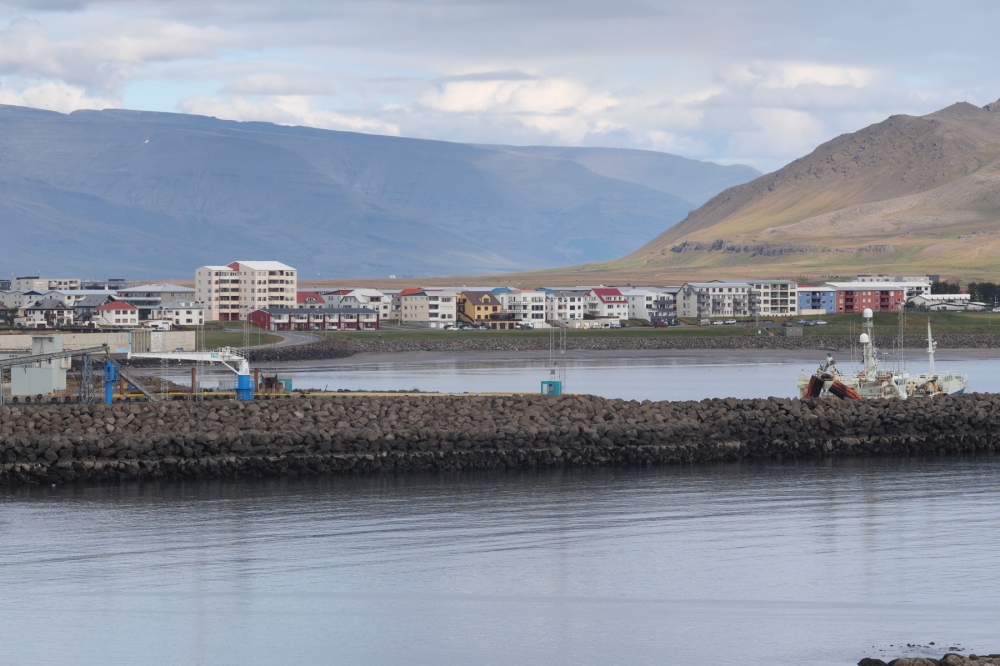 After returning to Reykjavik, we went to Joe and the Juice, a nice coffee shop on Laugavegur St.  Though I didn’t mind sleeping at a campground or even in the car, Zach found us a room to stay in.  It was decent with only one bed.  The front desk guy was nice enough to bring down an extra mattress for me to sleep on.  At night I decided to go out in town while Zach stayed in and slept.  For a city it’s size, Reykjavik has a really big nightlife.  Quite impressive.  I didn’t stay out too late; as my hard partying days are mostly behind me. 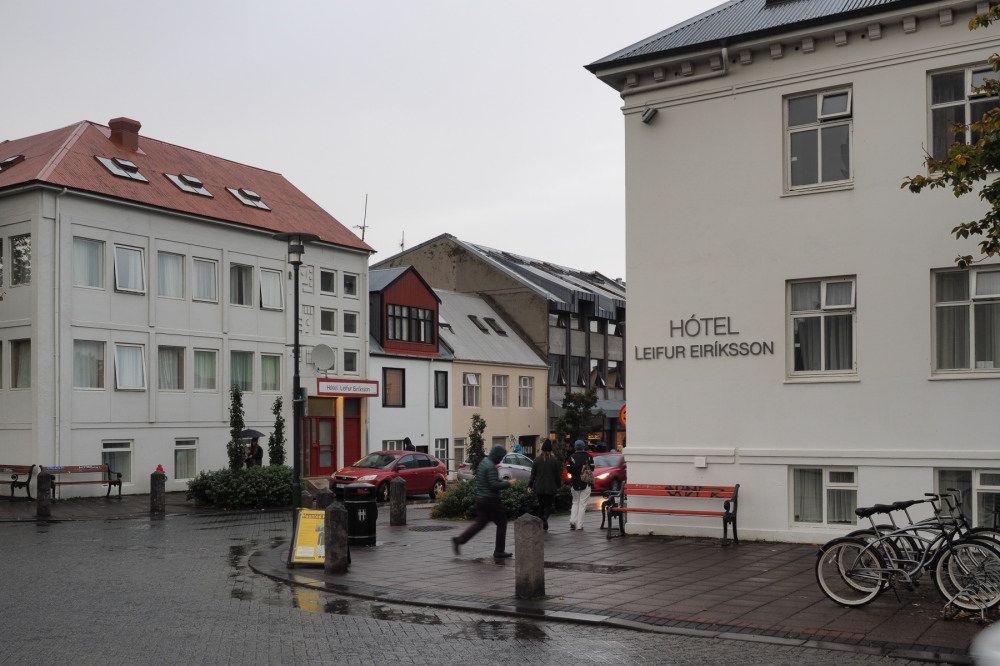 We returned to Reykjavik after driving around the country.  Zach booked us a room at a guesthouse in the city center.  It was pretty ok.  In case we decided to go out in town, we went to a liquor store to get drinks because I didn’t want to pay for drinks at a bar.  I tend to prefer sweet drinks as opposed to beer or hard liquor.  I got a four pack of fruit beer.  It was a beer infused with a raspberry flavor.  I liked it. 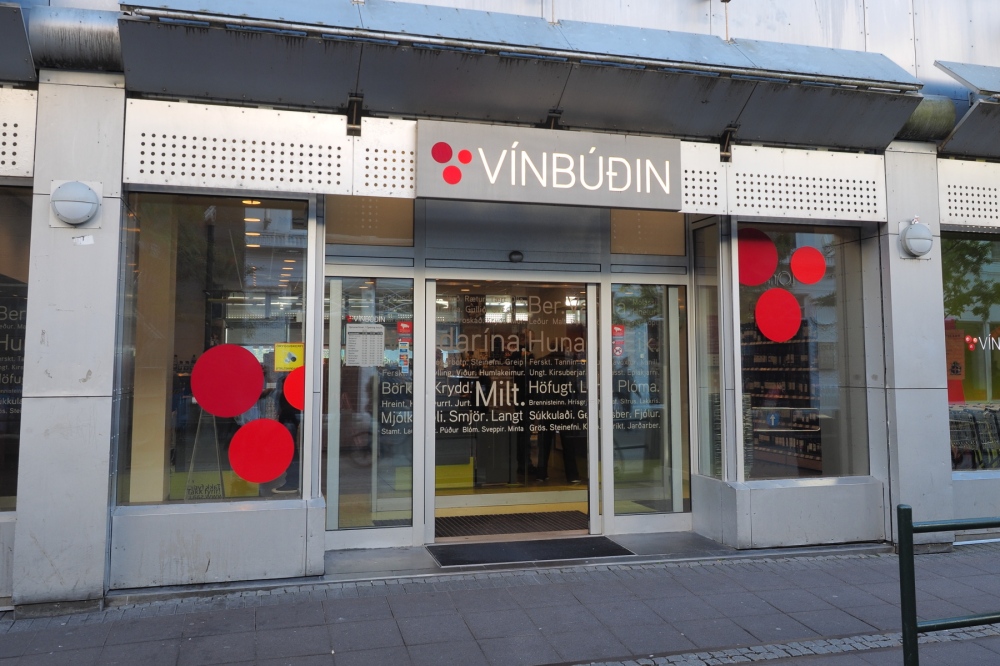 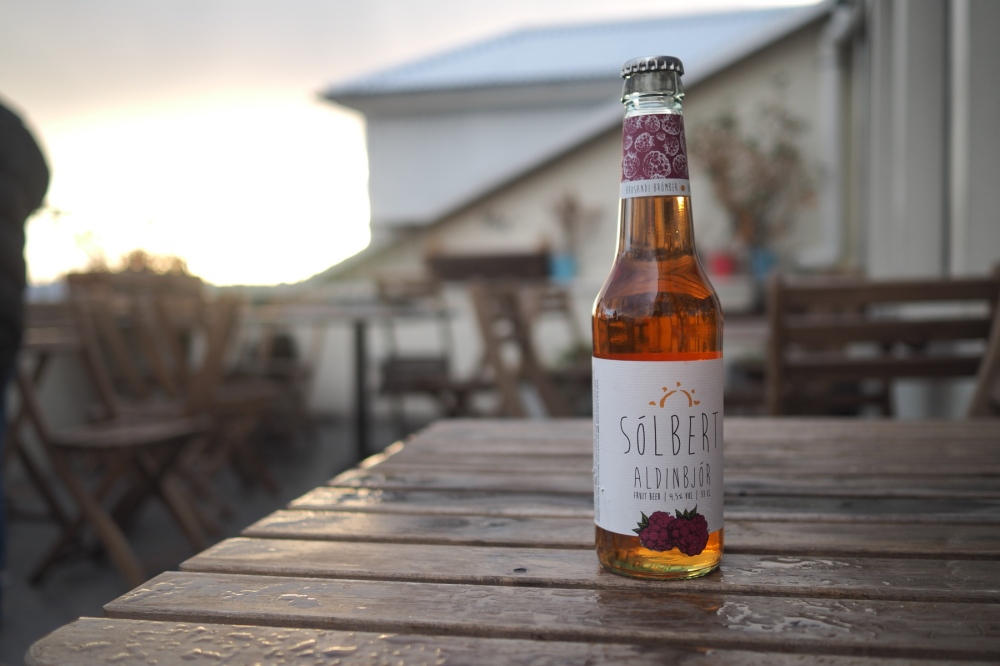 Later on in the day, we walked around the city center taking pictures and had dinner at O Sushi The Train, a good sushi restaurant in Reykjavik.  Like other sushi restaurants, the food comes to you on a conveyer belt.  You pick what you want off the conveyer belt and the price of the dish corresponds with the color of the plate it’s on.  It was really good but it was expensive.  Everything in Reykjavik is expensive. 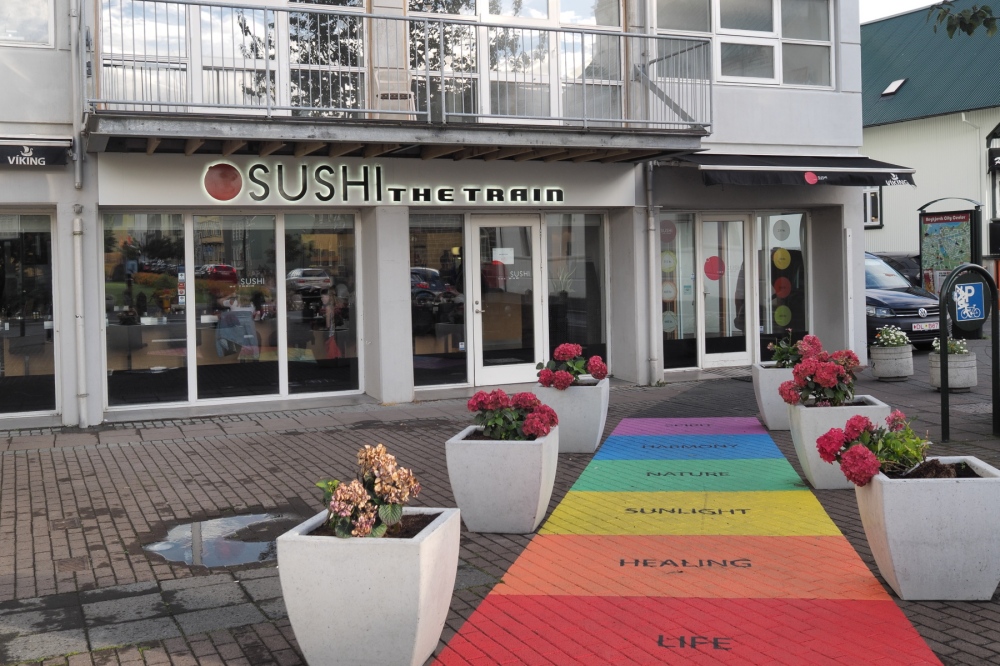 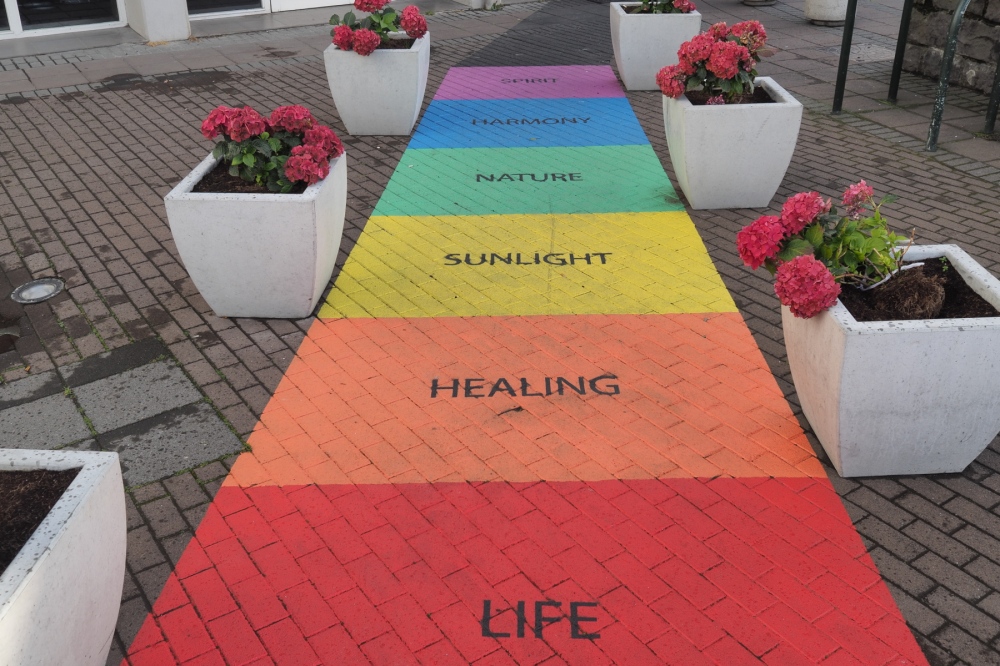 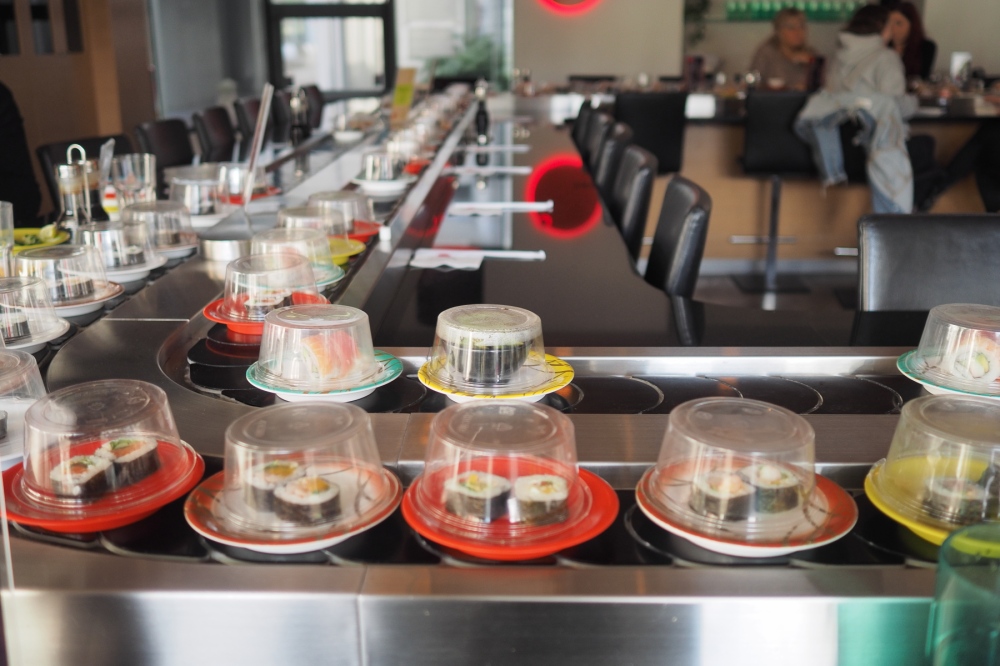 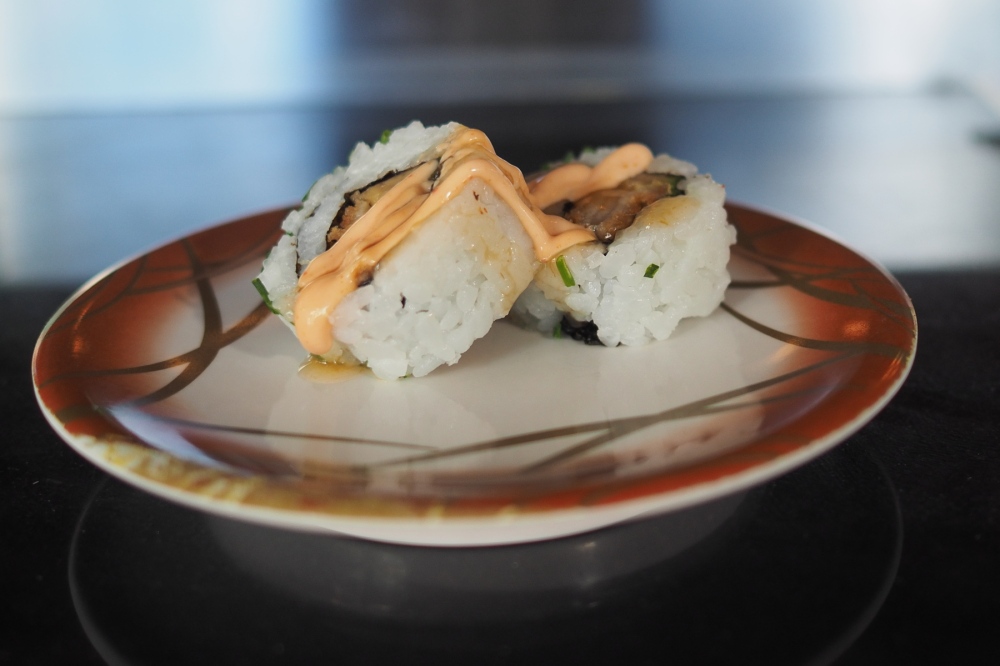 We didn’t end up going out because as it turns out, nightlife in Reykjavik is limited to the weekends.

I dropped Zach off at the airport because he needed to go back to work.  After I dropped him off, I explored the town of Keflavik.  It’s smaller than Reykjavik but the vibe is similar:  quiet, peaceful, and slow paced.  The coastline in Keflavik looks very similar to the coastline on parts of the Big Island of Hawaii. 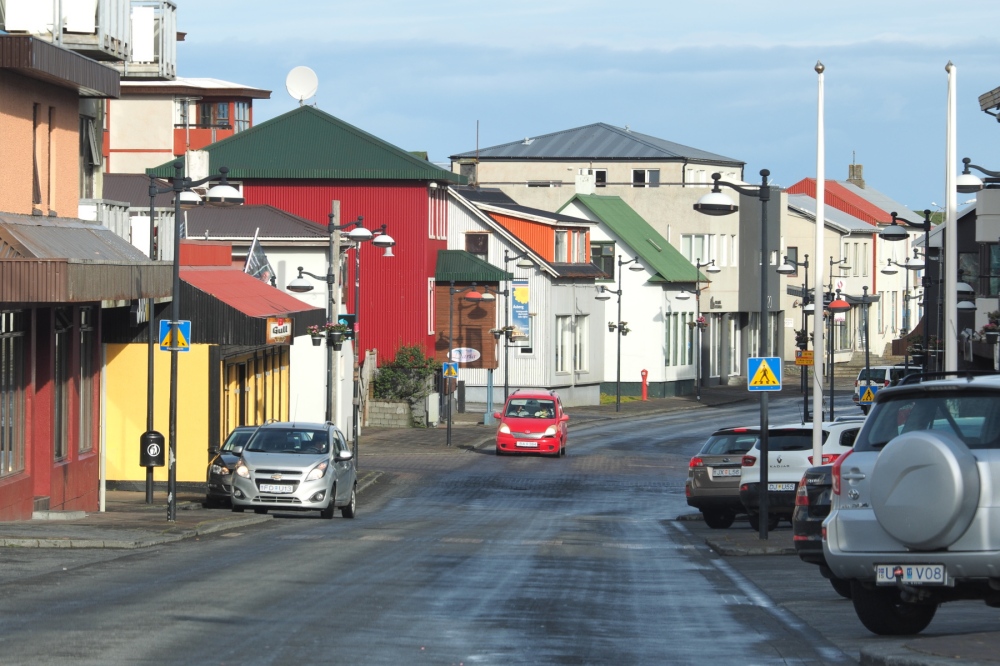 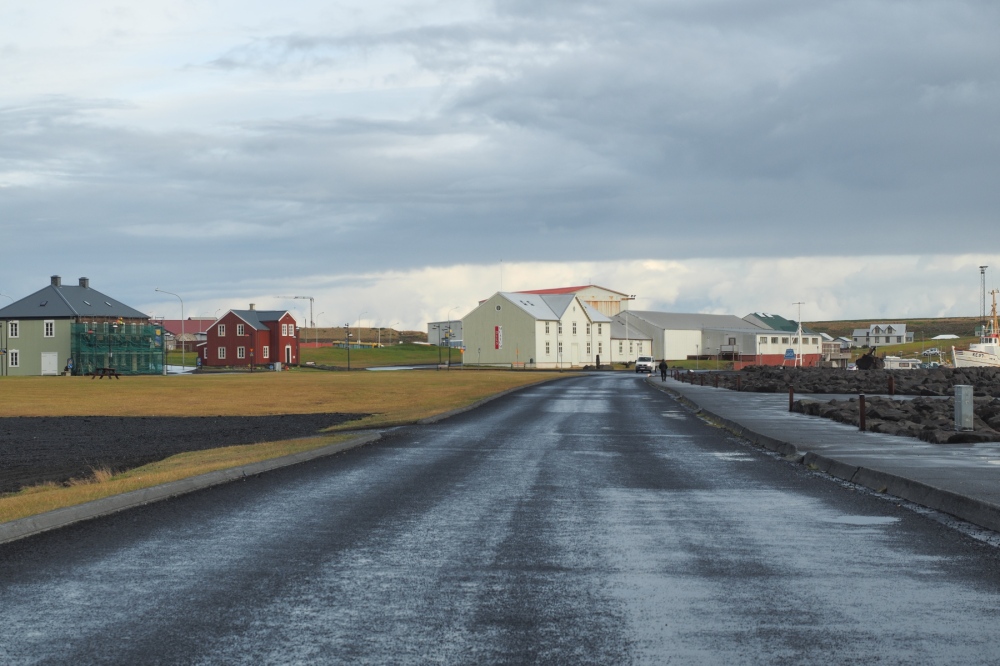 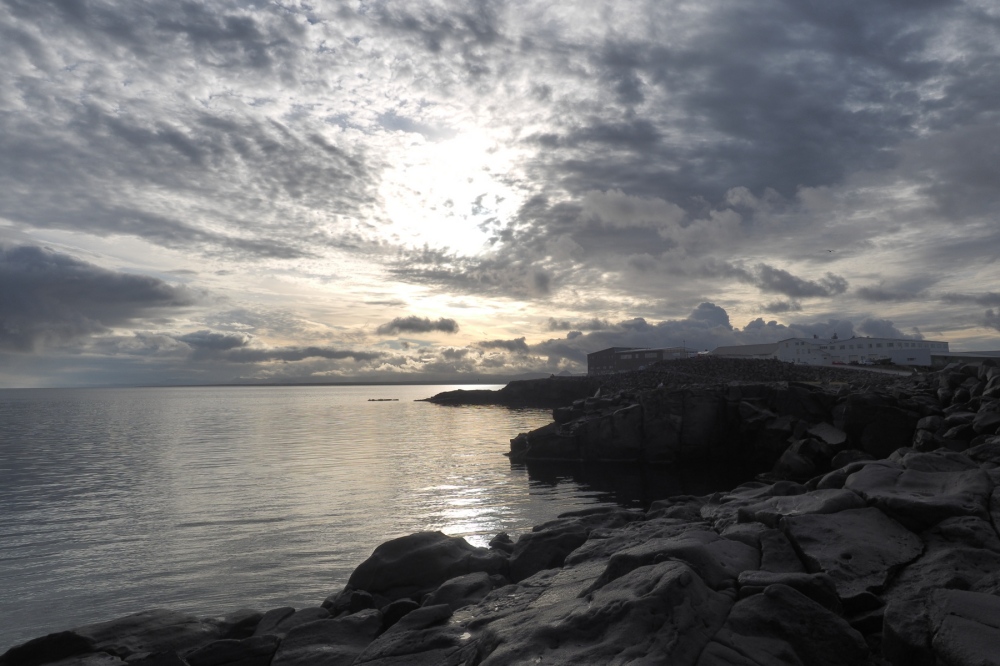 Later in the afternoon, I met up with Armin, a nice gentleman who I met online.  I didn’t realize till it was too late that I didn’t get a picture of him.  He was kind enough to show me around and give me a tour of the city.  I could tell that he was very proud of his country.  Good for him.  He first took me to the Perlan where I got a great aerial view of Reykjavik, and then he showed me the different historical buildings and parks.  Iceland really is a beautiful place.

At night I drove out to Grotta Lighthouse.  Armin suggested driving out there to see the northern lights.  I didn’t end up seeing them that night.  The sky has to be clear to see them….and it wasn’t. 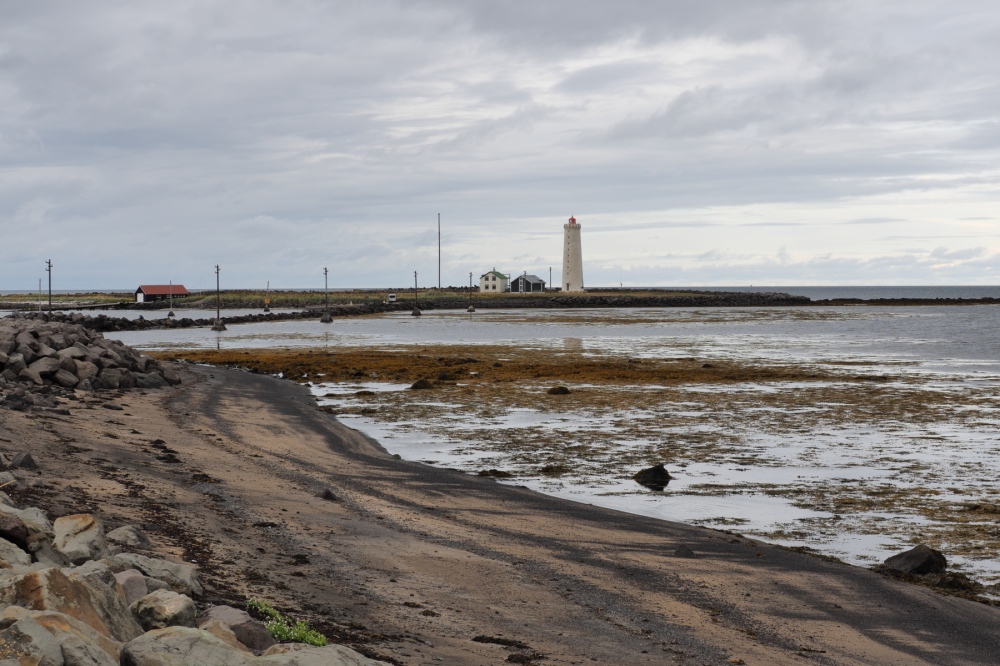 I tried driving north to Kirkjufell, a mountain north of the city, but the drive there was treacherous and involved driving on an unpaved road again, so I decided I didn’t need the see the mountain that much.  I drove back to Reykjavik and went to hang out at Joe and the Juice again.  Everyone in Reykjavik seemed really nice. At night, I walked around to get some night shots of the city.  Reykjavik is one of the safest places on the planet, so I had no worries about walking around at night.  It was a Friday night so I went out for a little bit too.  It was alright. 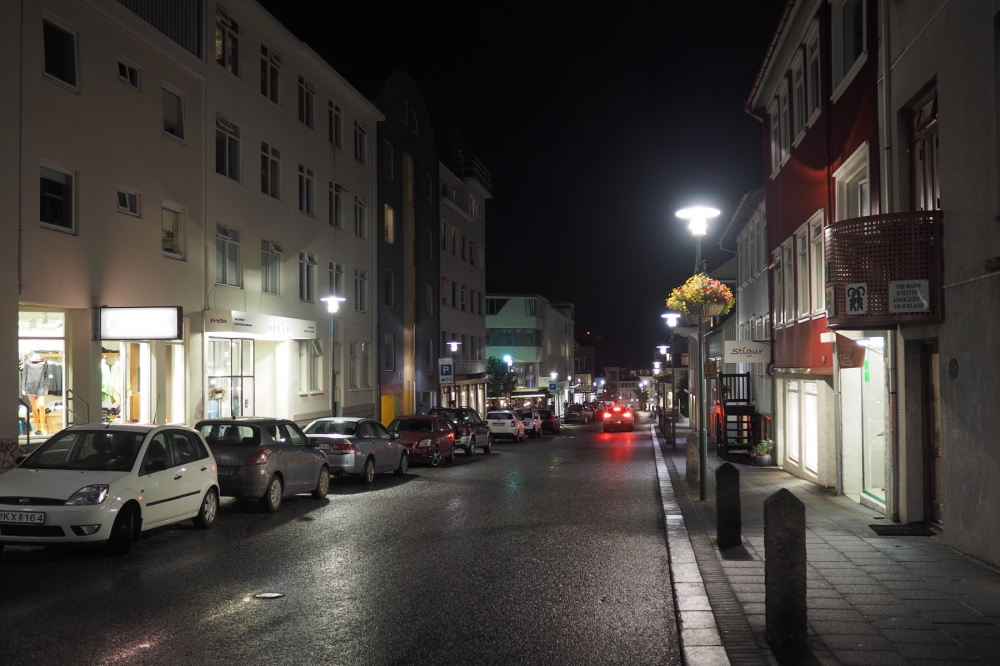 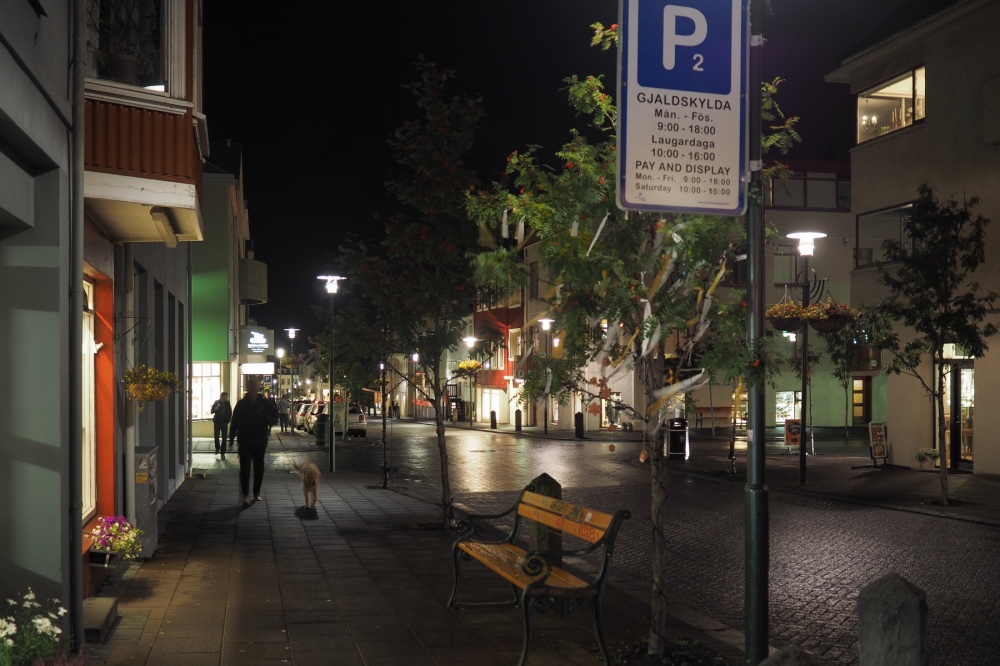 Early in the morning, I drove back out to Grotta Lighthouse to catch a view of the sky.  I did manage to catch a breathtaking sunrise. 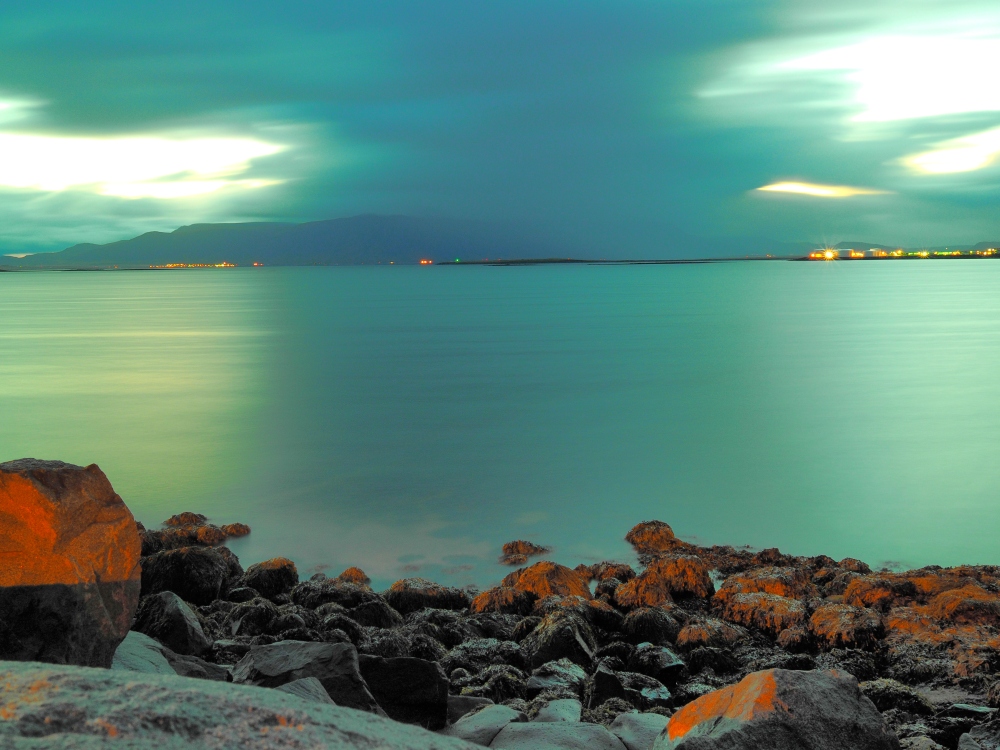 I drove to the airport to return the rental car and spent most of my last day in Reykjavik walking around taking pictures.  I hung out at Joe and the Juice while charging my devices and then took a long nap at the hostel I was staying at before walking to Harpa in the afternoon.  Harpa is a modern concert venue and conference center.  It’s pretty cool.  Maybe one day I will go to an event there.  For dinner, I went back to the same sushi restaurant I went to on the first day with Zach. 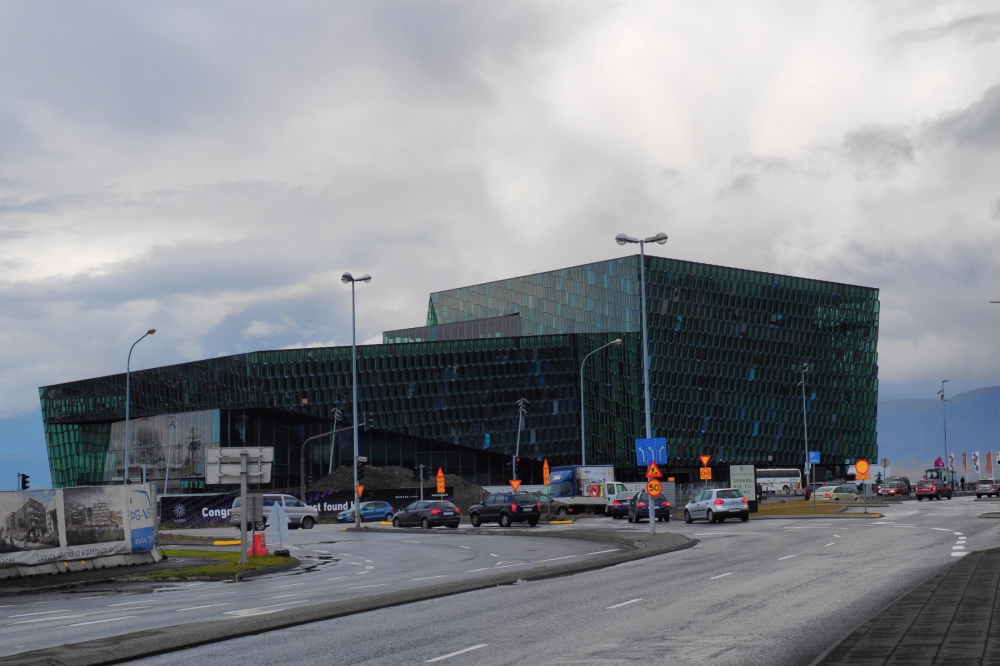 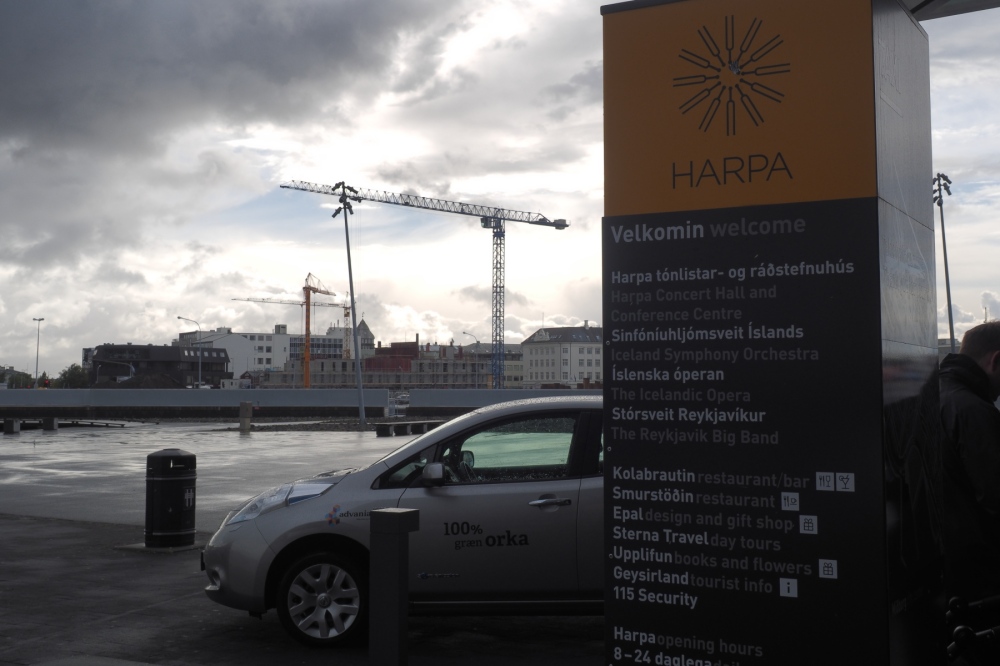 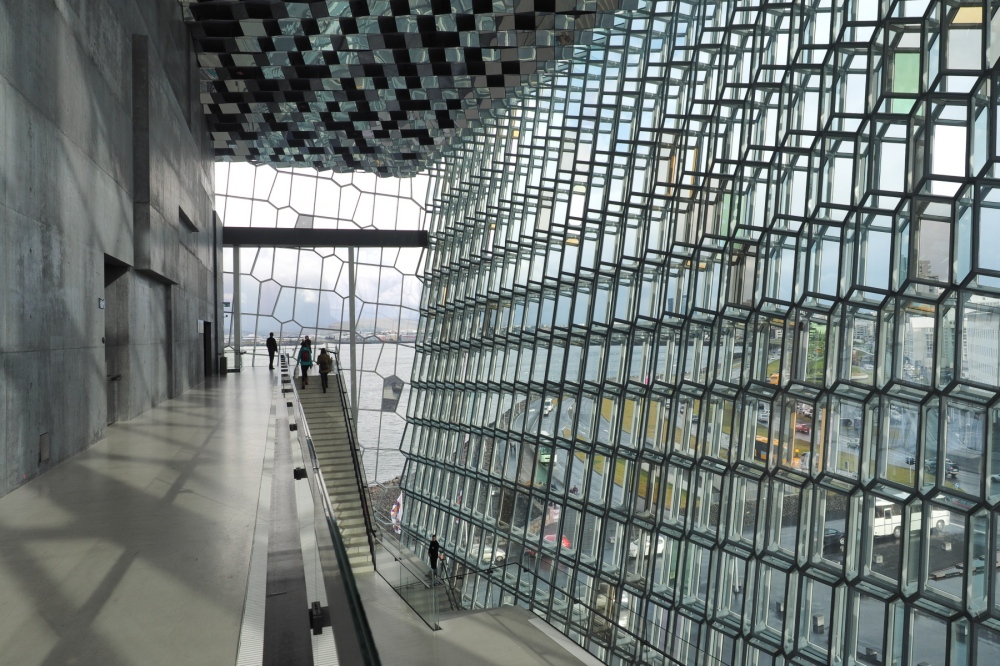 In all, my trip to Iceland was a good one.  I saw some very beautiful places and met some friendly people.  I would definitely go back again but as cool as Reykjavik is, it doesn’t unseat Tel Aviv as the coolest place I’ve been to.  Not even close.  Next time I go to Iceland, I’ll go in the winter time.  I would love to see the country with snow on the ground. 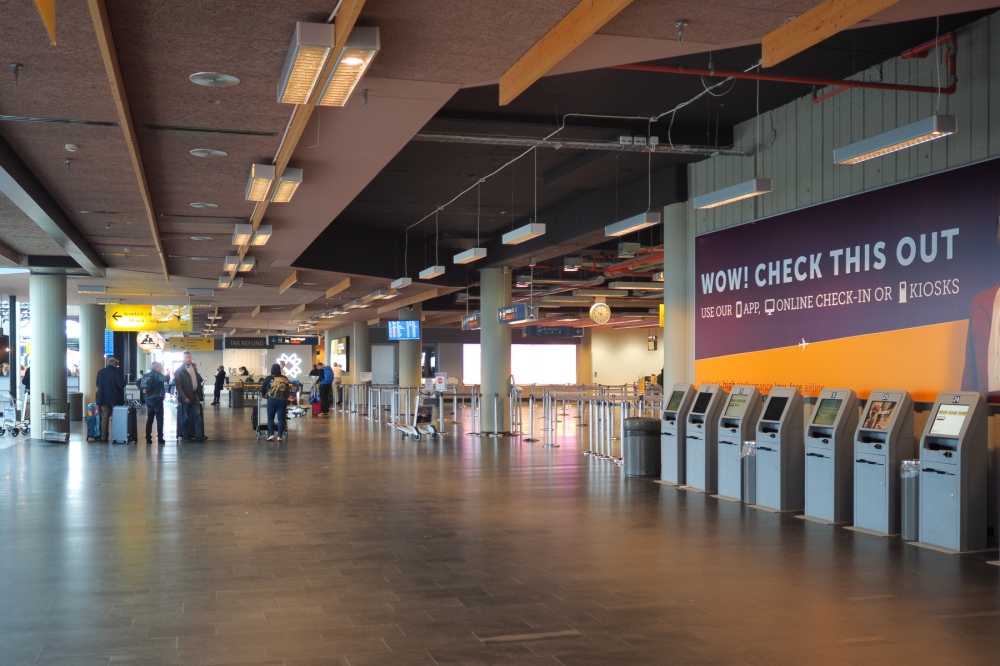 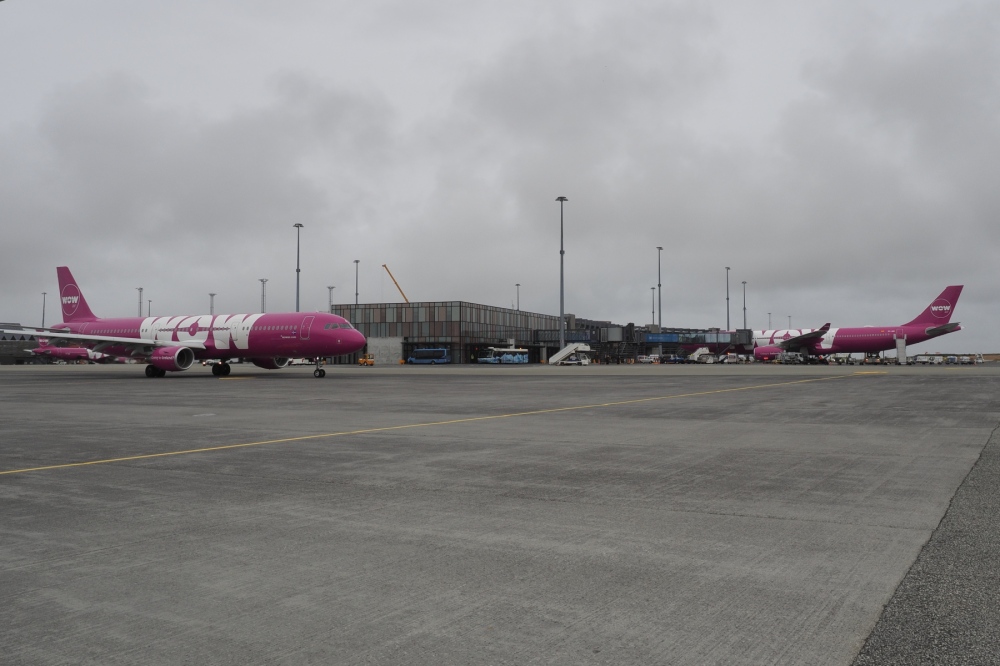