About a year and a half ago, I did a random Google search while at work of different places I might want to visit.  I don’t know why Iceland came to mind but the images that came up were insanely beautiful.   After that, I added Iceland to my list of places I want to go to.

My partner in crime for this leg of the Immortalized journey was Zach, a nice Israeli who I first met when I went to New York last year and then again when he came to visit me in Hawaii last summer.  We landed very early in the morning at Keflavik International Airport within a couple hours of each other.  I arrived first and waited at the airport for him before picking up the rental car.  While I waited,  I picked up some snacks and exchanged my American currency for Icelandic Krona.  It was difficult to determine if I was getting a good deal whenever I bought something anywhere because the exchange rate was difficult to calculate in my head.  I managed.  Currently, it’s about 115 Icelandic Krona for every American dollar.   For example, paying 900 ISK for a beer sounds like a lot but comes out to about $7.80 when converted. 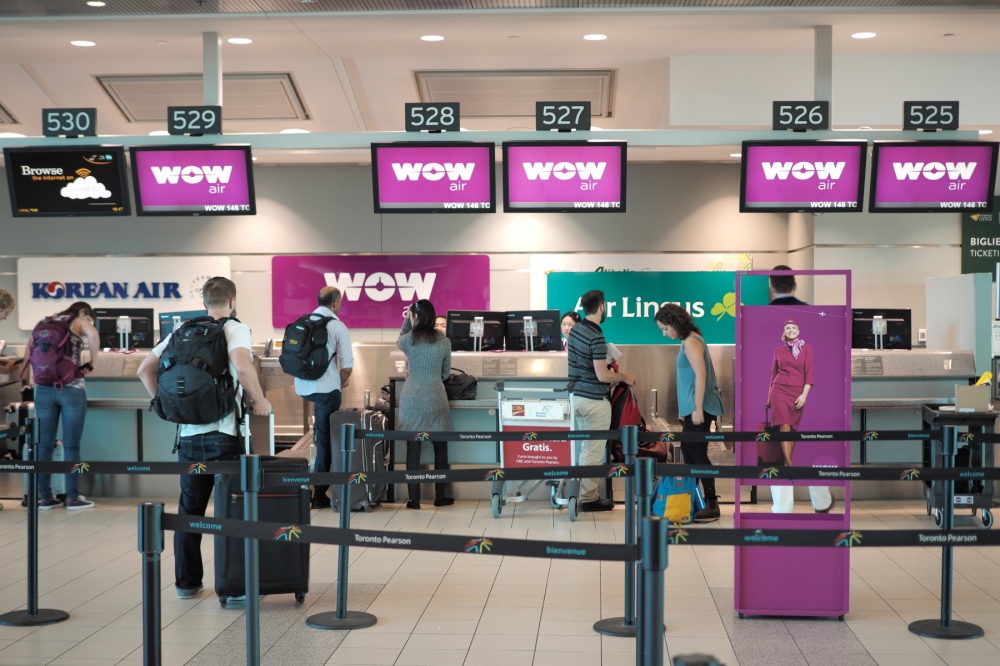 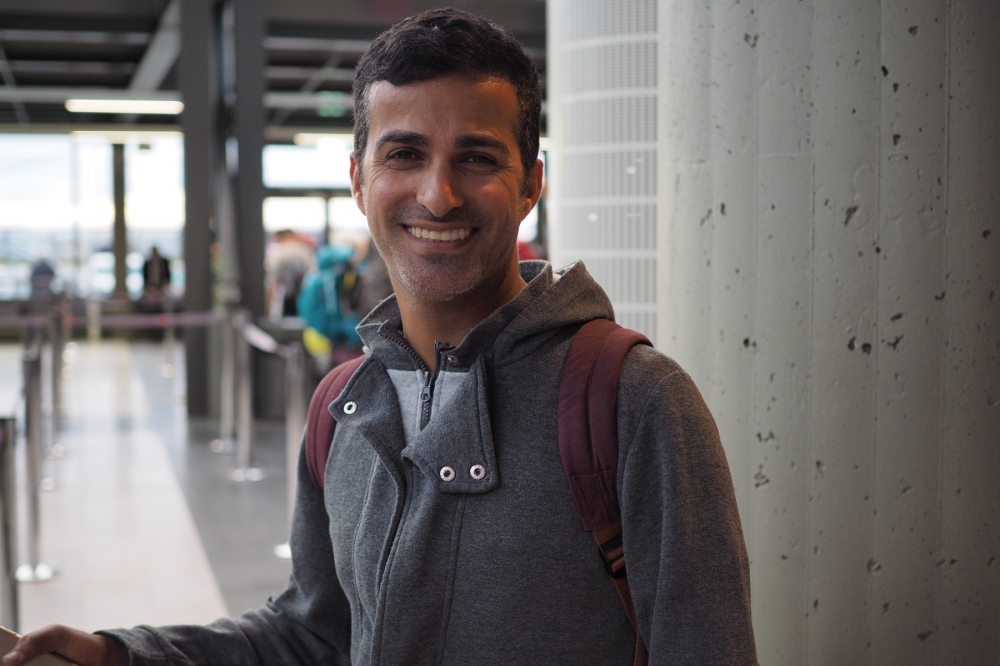 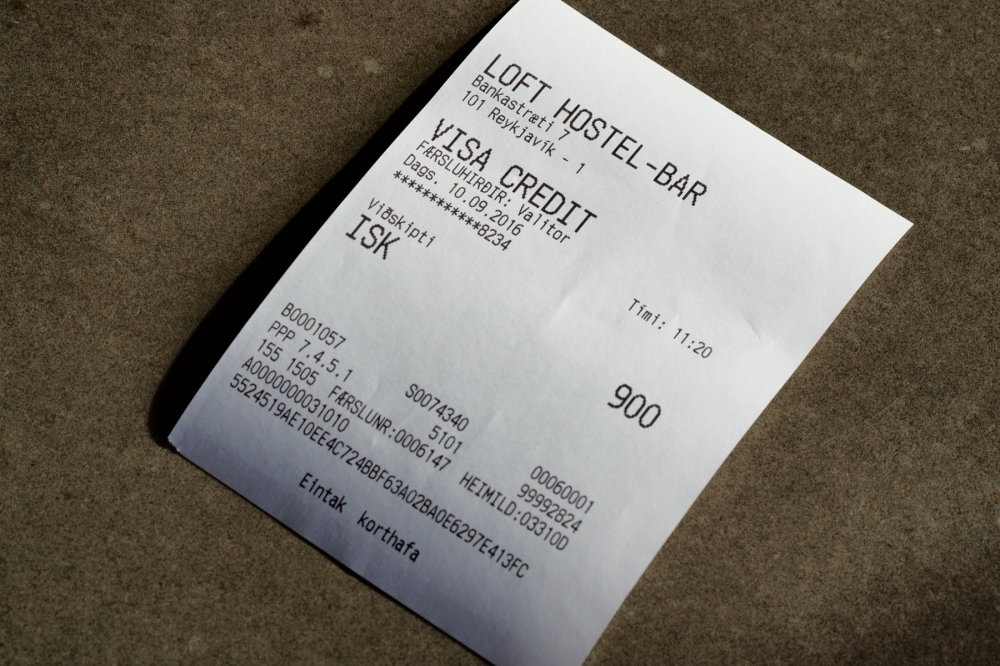 After we picked up the rental, we spent most of the first day driving around the Reykjavik metro area before setting out to drive around the country.  On route 1,  we drove counter clockwise starting from Reykjavik.  One of the first things I noticed while driving was how similar the Icelandic landscape looks like that of the Big Island of Hawaii.  They are strikingly similar.  On one particular note…..Iceland is not as cold as it’s name or location would suggest.  It’s not hot per se, but warmer than most would expect.  At one point it got up to 18C/64F.  I was able to walk around with in just a t-shirt.  Additionally, weather in Iceland is unpredictable.  It can go from overcast to foggy to rainy to sunny and clear within a half hour.  The weather did just that while we drove around. 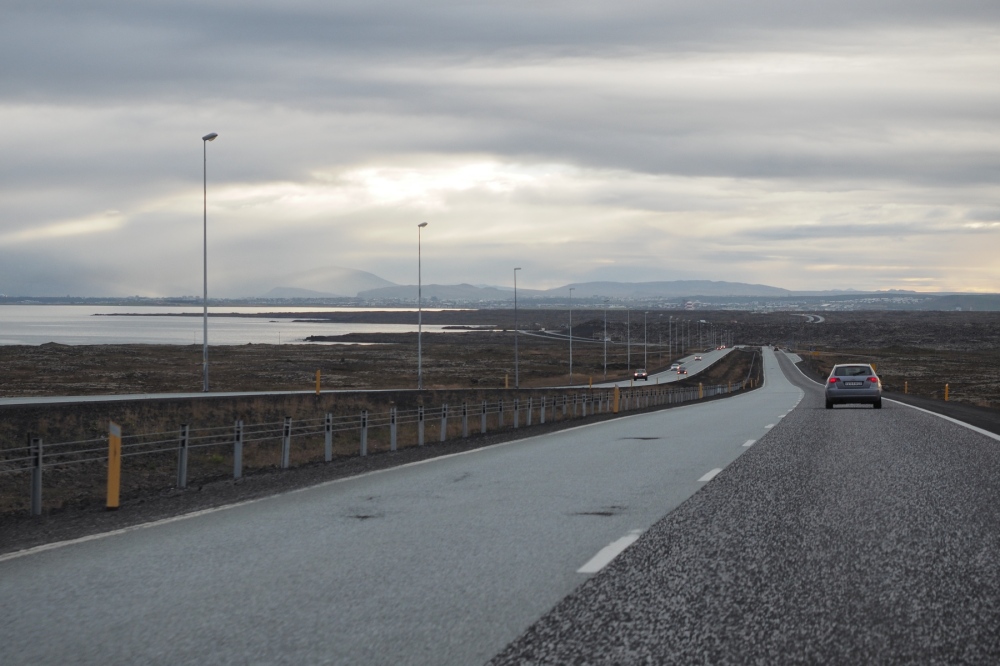 Our first stop on our drive around the country was Selijalandsfoss.  I could not pronounce the names of most places in Iceland.  Selijalandsfoss could be seen from a distance while driving and is one of the best known waterfalls in Iceland.  It’s cool because along with being able to walk right up to it, you can also walk behind it and into a small cave.  In the picture below where I am standing on a rock looking up at the falls with my arms out, a copious amount of water fell on that rock about 3 seconds after I stepped off it.  I just missed getting completely drenched.

A little further down the road after Selijalandsfoss is Skogafoss, a much larger and taller waterfall.  You can walk right up to the base of the falls and you can hike up to the top as well.  It’s truly a majestic scene.

Continuing on the ring road, we next stopped to see the remains of the Sólheimasandur plane crash.  Back in 1973, a United States Navy plane crash landed on Sólheimasandur Beach in Iceland.  The aircraft itself was never removed from the beach and it’s remains are still there, though in major disrepair.  To get there, you have to park on the side of the main road and then hike for about a half hour to the crash site.  It’s pretty ok.  I thought it was cool, but my attempts to jump in front of the camera were an epic fail.

After we left the crash site, we stoppped for fuel in Vik, a small village in south Iceland that kinda reminds me of Waimea in Hawaii.  While in Vik, I walked to the beach for some pictures.  It was very beautiful, but it was an eerie beauty.  Not bad thing.  Just an observation. 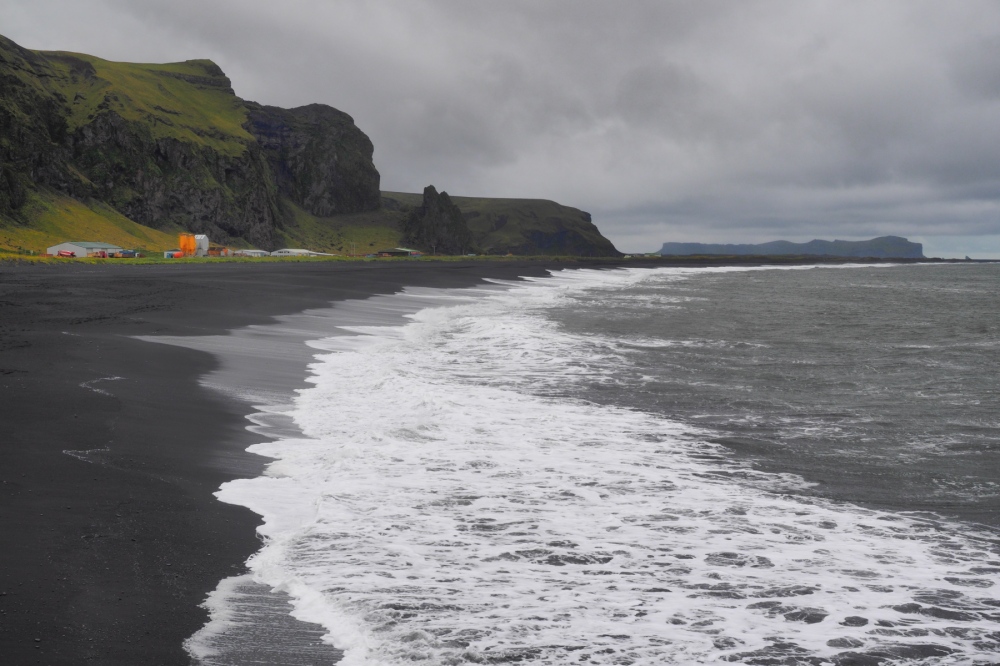 A couple of hours of driving after leaving Vik, we came to Fjallsarlon and Jokulsarlon Glacier Lagoon.  I was taken by surprise by these two landmarks because they are not visible from the main highway.  We actually stumbled onto Jokulsarlon after I needed to stop and use the restroom.  After unexpectedly coming up to Jokulsarlon after hiking up a small hill, I literally said “HOLY SH*T” out loud because I was taken aback by the immense beauty of this glacier lagoon.  The sun was starting to set at this point, which created an unbelievably beautiful scene.  I’m glad I got to urge to stop and use the restroom because otherwise, we probably would not have stumbled upon this beautiful sight. 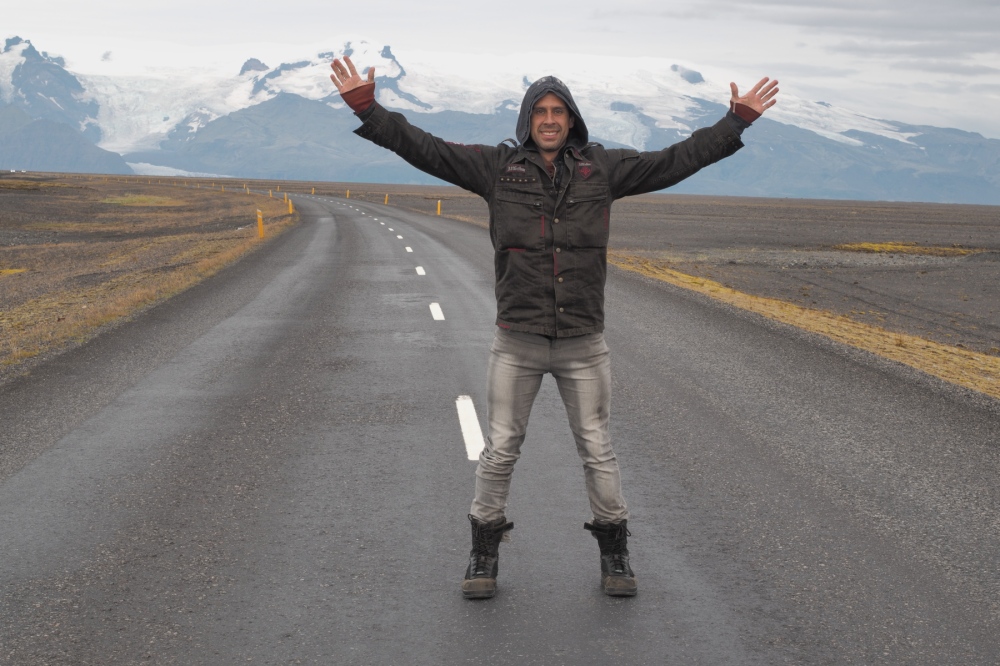 Soon after the sun set, we stopped at a hotel near Hofn for the night.  I think it was called Hotel Jokull.  I was tired from driving all day and needed to get some rest.  I’m glad Zach was able to find this hotel because I didn’t buy a SIM card, and therefore, didn’t have internet access.  Though I wouldn’t have minded sleeping in the car had it come to that.

We got an early start to the following morning because time was of the essence and I couldn’t wait to see the rest of Iceland.  Once to the other side of Hofn, the road becomes very windy and even treacherous at times because the road is unpaved in certain areas.  Combine that with thick fog at higher altitudes and no shoulder or guardrails, and driving along the eastern coast became quite exhausting.  But the upside is that drive is very scenic and there are waterfalls all over.  I needed a rest and a nap once we got to Djupivogur, the next town on route 1.  Some of the beaches along eastern Iceland are the most eerie looking of any beach I have seen anywhere.  They look like something out of a horror movie.  I absolutely loved it. 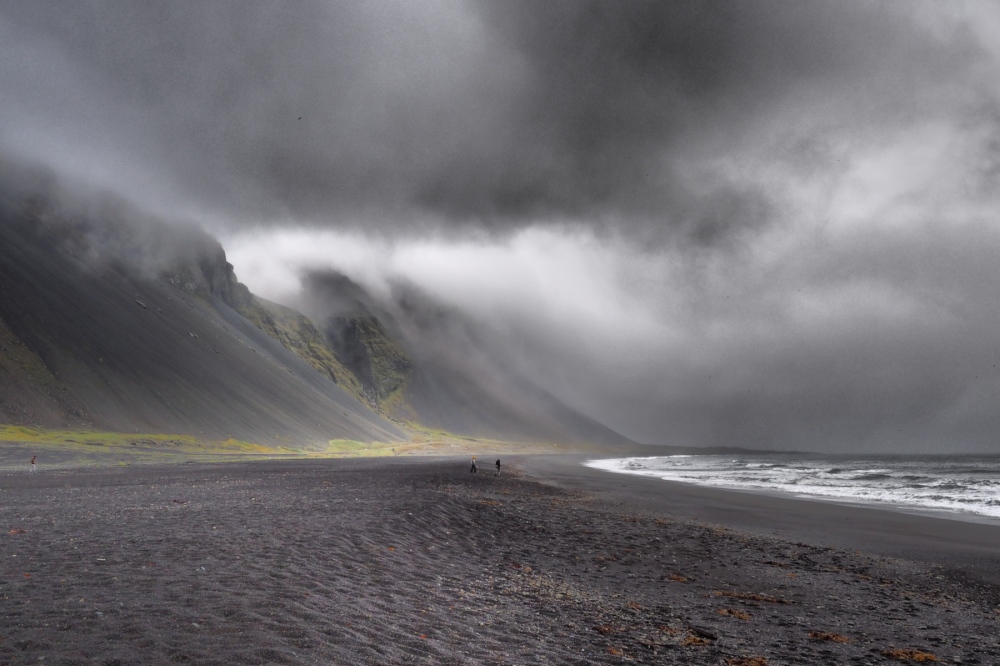 Continuing along route 1 after Djupivogur brings paved roads and an easier driving experience.  The next main stopping point that we came to was Dettifoss, a very powerful waterfall who’s edge you can literally walk right up to.  But don’t fall because that will be the last fall you ever take.  To get there, you have to drive about 30 kilometers off the main road on another unpaved road.  It’s worth it though.  The falls are majestic and should not be missed. 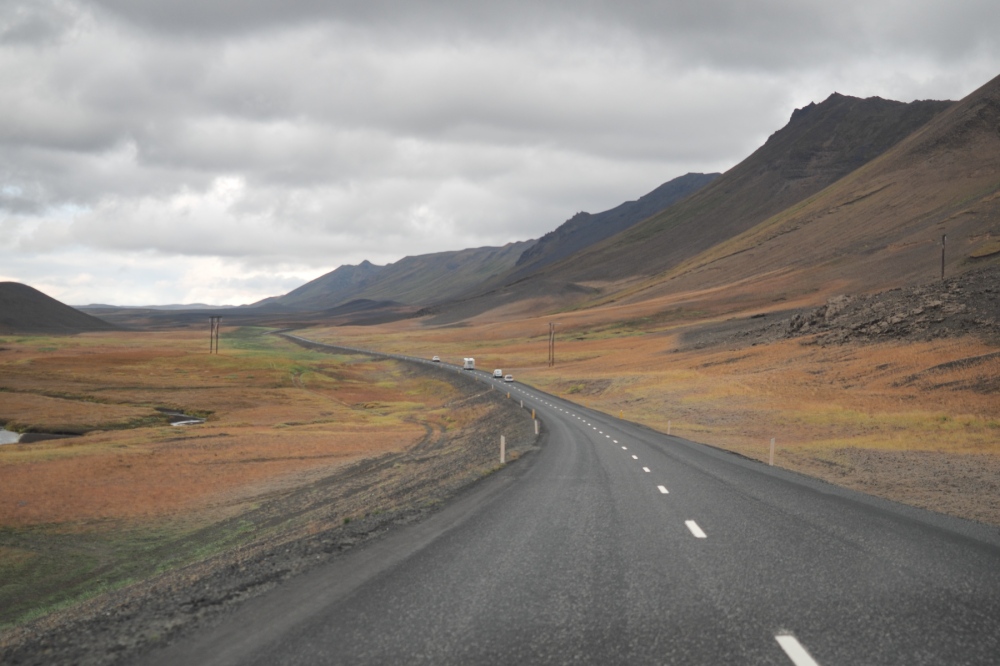 Soon after Dettifoss, we came to an area near Lake Myvatn.  This is an area of heavy volcanic activity.  The smell of sulfur fills the air, but it’s okay.  I didn’t mind it.  Very close to this sulfur field is Grjótagjá, a small geothermal lava cave that was once a popular bathing sight.  The cave is still open for inspection and photography, but bathing is now prohibited.  My guess is it’s because with recent volcanic activity, the temperature of the water can be unpredictably hot.  While inside the cave, I did dip my hand in the water to just to have a feel.  The water was hot but not scalding.  One other thing to mention is that is cave was used as a filming location for the show ‘Game of Thrones’. 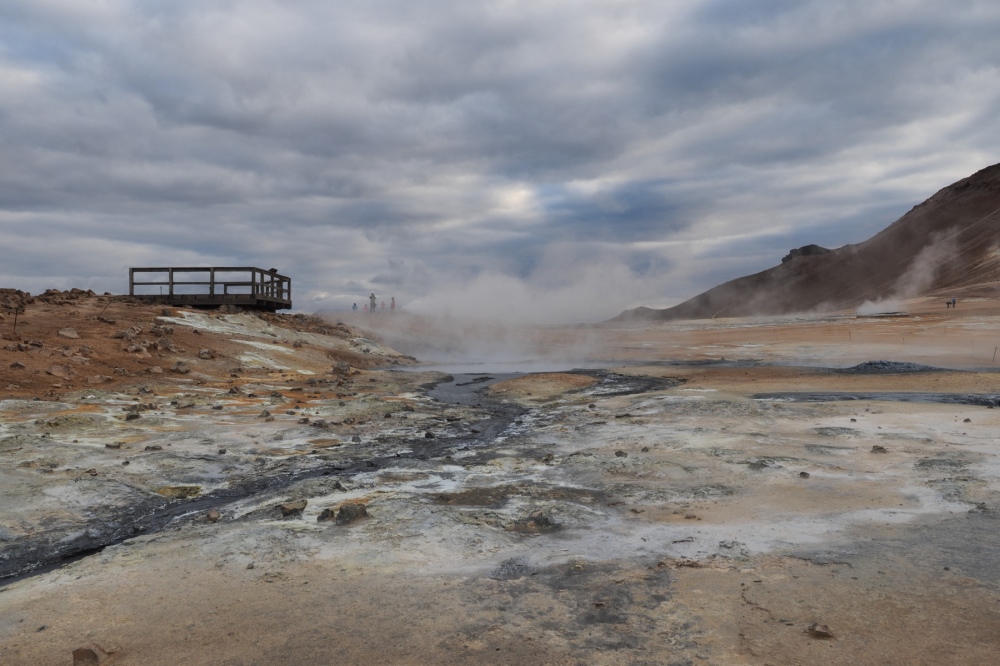 By the time we left Grjótagjá, it was getting into the late afternoon and into the early evening.  We pulled over for the night at a hostel in Akureyri, the largest town in north Iceland.  Akureyri is a cute town with a lot of character.  We got a complimentary beer with our room.  I got up relatively early the following morning because I wanted to catch an aerial view of the town from the top of a nearby hill.  It’s a nice town that I would definitely consider retiring in, but not necessarily live in right now because it’s very slow with not a whole lot to do. 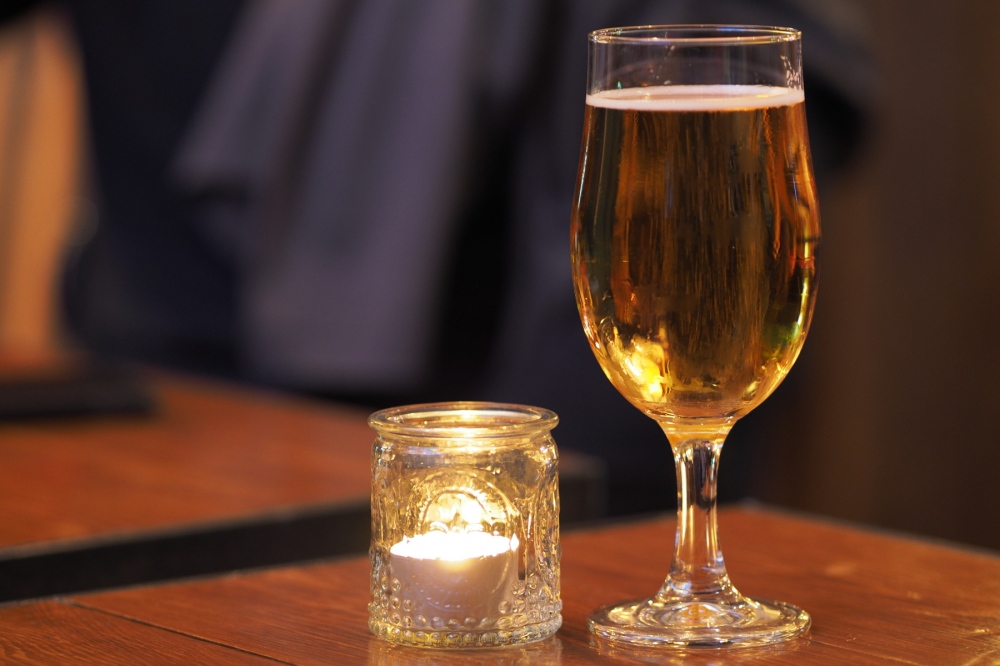 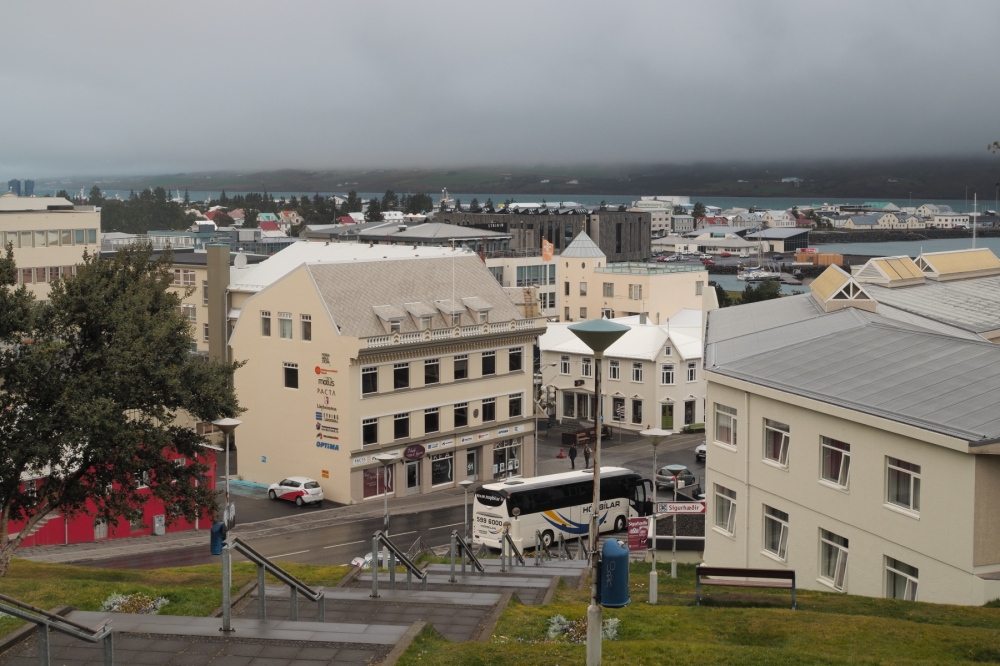 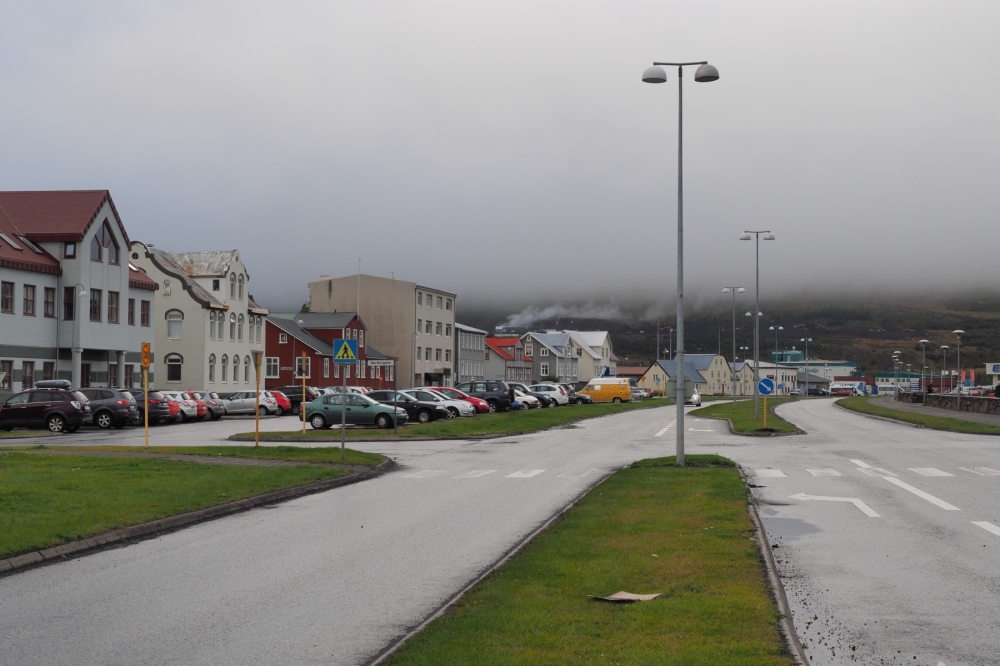 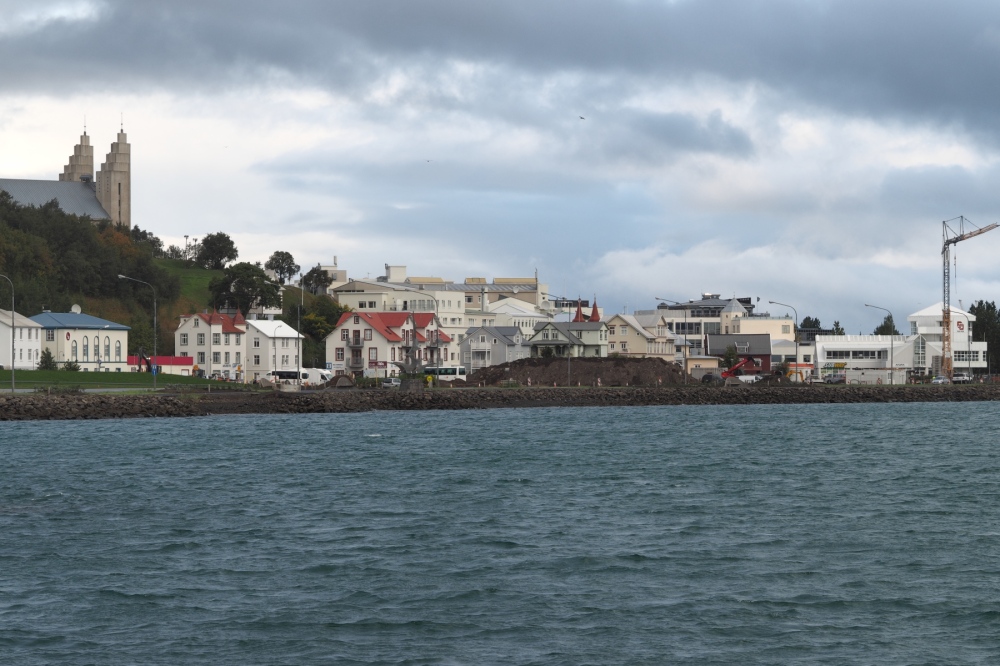 Once out of Akureyri, the rest of north Iceland is pretty uneventful.  South Iceland has definitely more to see.  It’s about four hours back to Reykjavik from Akureyri with a few cute little towns along the way.  A long tunnel after a toll booth is basically the last stopping point before getting to Reykjavik, although there are several scenic stops you can take pictures from before you get to the city center. 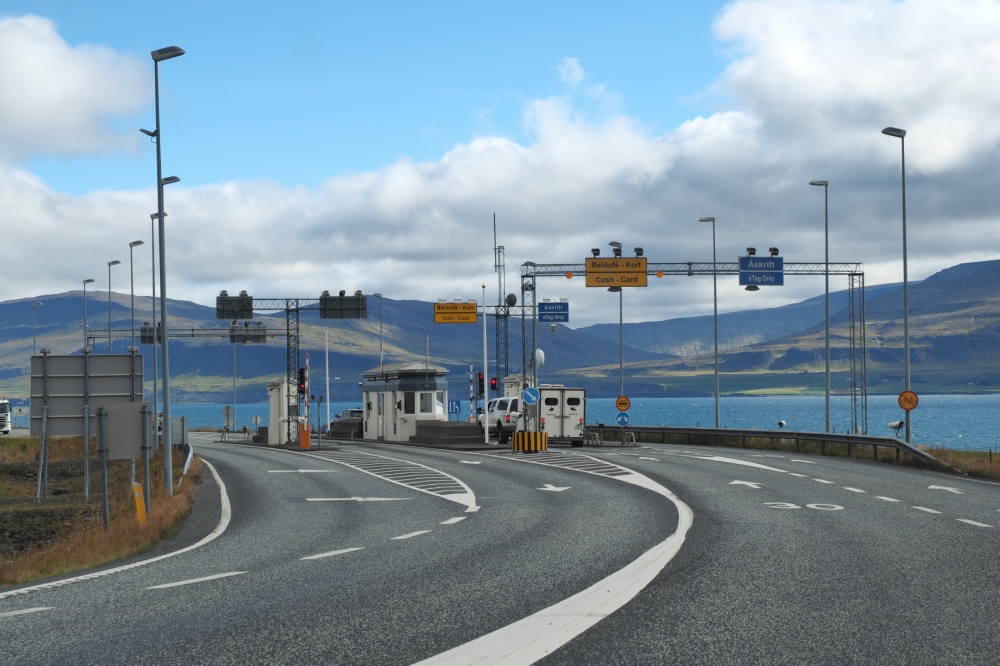